Premium Deluxe Repo Work is a series of eight Contact Missions featured in Grand Theft Auto Online as part of the continuation of the Arena War update. They are given to the players by Simeon Yetarian and are available from 1 to 4 players.

"You owe me a favor, remember? Good news — you help me with some profitable repo work, we call it even. Come to Premium Deluxe."
―Text message.

The main objective of most of the missions is to either steal or destroy various vehicles, which are usually protected by enemies. The missions can be played solo or by up to four players.

The initial three missions, Blow Up IV, Under the Hammer, and Sasquashed, were released on April 25, 2019, during the Premium Deluxe Repo Work Week event.

An additional three missions, Do You Even Lift?, GTA Today II, and RV Nearly There?, were released on May 2, 2019, during the Survival Week event.

An additional two missions, Burn Rate and Simeonomics, were released on May 9, 2019, during the GTA Online Bonuses (May 2019 Part 1) event. 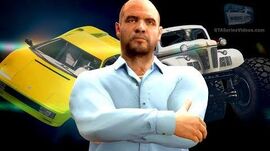 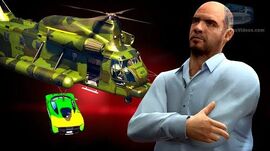 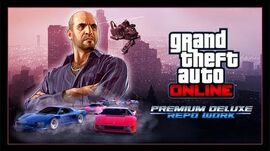 Retrieved from "https://gta.fandom.com/wiki/Premium_Deluxe_Repo_Work?oldid=1231136"
Community content is available under CC-BY-SA unless otherwise noted.