This article or section needs to be cleaned up to meet the standards of the GTA Wiki.
Syntax/coding and layout

For the police boat, see Predator.

Wasted
Busted
O'Neils get away
Chop dies
Frogger destroyed
Michael shoots Chop, Franklin, or Deer instead of the O'Neils

Trevor: "I uh... spoke to Franklin."
Michael: "Why?"
Trevor: "Unlike you, he hears that his homie's having trouble, right? And he has no problem coming to help."
—Trevor and Michael

Predator is a mission in Grand Theft Auto V which Trevor Philips performs with the assistance of Michael De Santa and Franklin Clinton.

The mission can be started by any of the three protagonists, though starting the mission with Franklin will skip the opening cutscene (usually happens if the player switches to Franklin after Paleto Score Setup). Regardless, once the mission commences, the player takes control of Franklin and Chop in a Baller pursuing a Dubsta containing the remaining O'Neil brothers. Franklin calls Trevor and informs him that he is following the O'Neil brothers along the Great Ocean Highway near North Chumash, and Trevor informs Franklin that he and Michael are heading to Sandy Shores Airfield to collect Trevor's helicopter.

The O'Neil brothers soon drive into Raton Canyon, with Franklin still in pursuit. An elk steps into the road and the O'Neil brothers swerve to avoid it, causing their car to roll down a hillside and crash and catch fire. Franklin and Chop investigate the crash site, only to discover that the O'Neils have disappeared into the woods. He calls Trevor for aerial assistance.

At this point, the player is switched to Trevor. Trevor and Michael arrive at Sandy Shores Airfield and board Trevor's Frogger. They fly to Franklin's location. Once there, the player is switched to Michael, who uses a sniper rifle with a thermal scope to kill the O'Neils, a task complicated by the fact that the area is swarming with deer whose thermal signatures are similar to that of the O'Neils. Michael eventually kills Walton and Wynn but the remaining brother, Elwood, is hiding behind a rock and starts shooting rockets towards the helicopter, meaning Michael cannot shoot him.

The player is switched back to Franklin, who is still on the ground with Chop. Michael tells Franklin to find Elwood. The player is then prompted to switch to Chop, who tracks him down. Franklin follows Chop and finally kills Elwood. Alternatively, the player can switch to Michael and kill Elwood from the chopper, since Elwood will get out of his cover and try to escape when Franklin reaches his position. The player is switched back to Trevor, who lands the Frogger to allow Franklin and Chop to board, before flying back to Sandy Shores Airfield. Trevor lands the helicopter at the airfield, Michael, Chop, and Franklin ride away in a black first generation Cavalcade and the mission is completed. 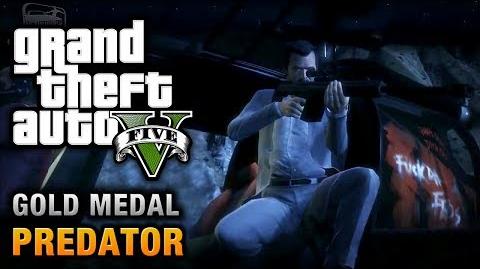 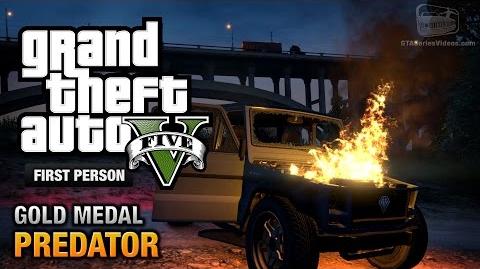 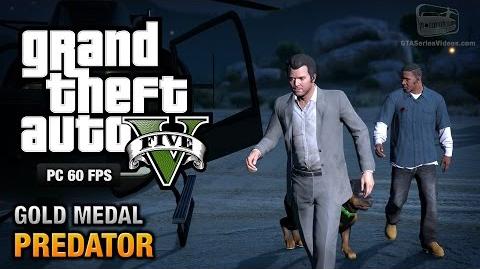