Wikipedia has an article on:
Portugal

Portugal is a country situated in Western Europe. Its language, Portuguese, is the seventh most spoken language in the world, and is the official language in Portugal and the seven (previously nine) former Portuguese colonies.

There are a few references to the country throughout the GTA Series. 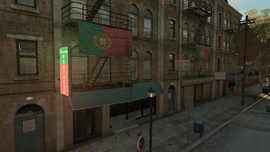 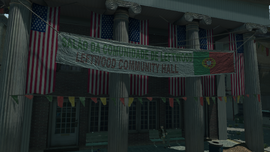 Portuguese signage emblazoned with the flag of Portugal outside the Leftwood Community Hall in GTA IV.