GTA Wiki
Register
Don't have an account?
Sign In
Advertisement
in: Beaches, Locations, Locations in GTA III,
and 9 more
English

Located at the the eastern coast of the Portland next to Saint Mark's and Portland Harbor, the beach is a relatively lifeless district with close to no activity (as pedestrians never spawn in the district) or structures, featuring a vast sandy coastline overlooked by a massive cliff that supports the eastern end of Saint Mark's, as well as an arched rock formation that serves as a distinctive feature of the district; Salvatore's Gentlemen's Club and home is located at an adjoining clifftop.

While the cliff face fronting the beach is usually too steep for any road vehicle to drive up, much of its steep inclines must be traversed during "Patriot Playground", taking advantage of the Patriot's excellent off-road and hill climbing abilities.

Portland Rock, a rocky island that serves as the base of Liberty City's only lighthouse, is part of Portland Beach.

The Portland Beach area appears to be inspired by the beachy areas in and around New York, such as Coney Island and Fire Island, which are near the shores of Staten Island and Long Island, respectively. The Portland Rock lighthouse bears strong resemblance with the Fire Island Lighthouse in southern Suffolk County, New York.

Conventional view of Portland Beach in GTA III, viewed to the north. 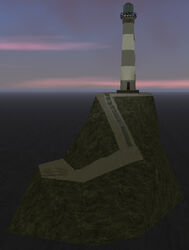 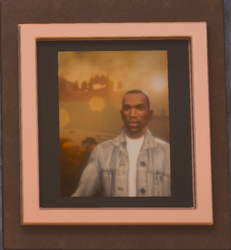 A photograph of Carl Johnson on Portland Beach prior to 1992 in GTA San Andreas - The Definitive Edition.