The Pool Cue on the Rockstar Games Social Club website.

Wikipedia has an article on:
Cue stick

“Take that unhinged bar-brawl rage into the streets with the poor sport’s weapon of choice.”
— Career Builder description.
“Ah, there's no sound as satisfying as the crack of a perfect break, especially when it's the other guy's spine.”
— Grand Theft Auto Online description on Ammu-Nation and Social Club.

The Pool Cue in Grand Theft Auto: San Andreas is depicted as a full-length cue with a black lower section ("butt") and brown upper section ("shaft"). It is primarily used as a tool to play pool.

In Grand Theft Auto IV, the Pool Cue has in fact been categorized as a weapon alongside other melee weapons, but its use as a weapon was dropped during development. The Pool Cue may still be used to play pool, but cannot be used outside the game, even though it is a functional weapon. It can be obtained via trainers, but it has low details, no HUD icon, and has the same behaviour as the Baseball Bat. [1]

“Use this lethal weapon like the bat - swing left, right and block using the different attack buttons.”
— The Lost and Damned Official Website.

In The Lost and Damned, the Pool Cue is officially added as a weapon into the game, albeit as a halved version. Additionally, pool can still be played. There is also an own full-length cue added in the game, which appears to have better aspect, featuring the halved cue as the lower section of the full-length variation.

In Grand Theft Auto Online the Pool Cue assumes the halved variation seen in TLAD, but has a brighter texture and "OLD GEN" logos on it.

While the Pool Cue is an effective melee weapon, the player cannot sprint, due to the weapon's length. It can kill any pedestrian instantly in one hit.

The Pool Cue performs similarly to the Baseball Bat, sharing the same damage (depending of the attack). However, the Pool Cue has no dodging animation, which only allows the player to block attacks and also makes it impossible to perform counter-attacks in a fight.

The Pool Cue performs practically the same as the Baseball Bat and the Golf Club, being also one of the strongest melee weapons. 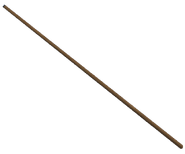 Full-length pool cue model used in GTA IV, The Lost and Damned and The Ballad of Gay Tony.

Full-length pool cue model used in The Lost and Damned.

Halved pool cue model as a weapon, present only in The Lost and Damned. 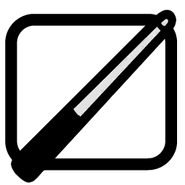 The Lost and Damned, halved.

The Lost and Damned, full-length.

Artwork of Terry Thorpe with a Pool Cue.