GTA Wiki
Register
Don't have an account?
Sign In
Advertisement
in: Vehicles, Vehicles in GTA IV, Police,
and 5 more
English

The Brute Police Stockade (also known as LCPD Stockade) is an inmate transport for the police in Grand Theft Auto IV.

The vehicle shares its body design with the Securicar and the Enforcer (based on the International 4700 Series armored van), but has extra windows on the rear section and comes with a custom LCPD inmate transport livery. Interestingly, it is equipped with a red and blue light bar (which is against LCPD code, as Police Cruisers and Patrols carry red and white lights, just like NYPD code). The rear axle of this vehicle is also unique as compared to most of the heavy vehicles in GTA IV, as instead of having double wheels for each side of the rear axle, this vehicle has only one. This vehicle does not power with air-brake but instead, it powers with disc/disk-brake and/or drum brake. As with most police vehicles, the player can access the Police Computer from the Police Stockade.

The vehicle comes in a white primary color for most of its bodywork and a blue secondary color applied to the lower portions and front fenders, the roof area and in the form of a thin stripe passing through the sides and rear. It uses a different set of industrials wheels compared to the Securicar and the Enforcer, being derived from trucks such as the Benson, the Mule and the Phantom.

The Police Stockade performs identical to the Securicar and the Enforcer, sharing the same top speed, acceleration and braking power. Like the aforementioned vehicles, the Police Stockade has a steel mesh covering the windshield and the rear is immune to bullets.

Badges found on the Police Stockade, shared with the Enforcer and Securicar. 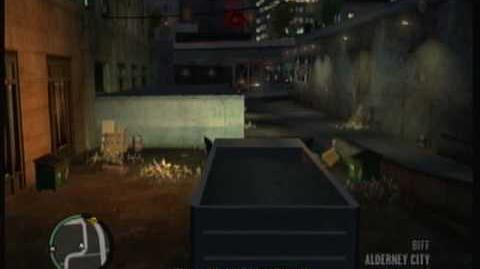