In-game time
“You useless bastard! You totally messed up! My ass is on the line and you can't even kill a god damned fly. I paid you good money to kill that witness and he ain't dead! And today he's gonna make a Federal Deposition! He's being moved any second now from the Carson General Hospital up in Rockford. If he squeals, I squeal....”
— Ray Machowski telling Claude off.

Plaster Blaster is a mission in Grand Theft Auto III given to Claude by Ray Machowski at a public bathroom in Belleville Park, Staunton Island.

Machowski is furious with Claude over the fact that he did not manage to kill McAffrey successfully in a previous mission. McAffrey managed to somehow survive and is being transported in a Ambulance to the LCPD headquarters from the Carson General Hospital. Machowski instructs Claude to kill him, once and for all. As Claude arrives at the hospital, the Ambulance heads out to its destination. Claude rams the Ambulance until Ray's partner, in a fully armored and flame retardant body cast, falls out of the Ambulance. Claude eventually manages to break the cast and kill him.

The reward for completing this mission is $10,000. The mission Marked Man is unlocked once A Drop in the Ocean has been completed. 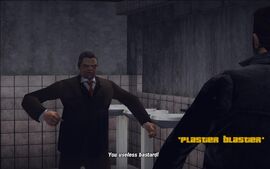 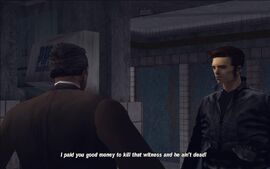 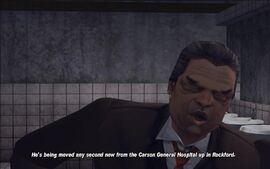 McAffrey is being moved from Carson General Hospital in an Ambulance to testify on Ray being an informant to the Yakuza. 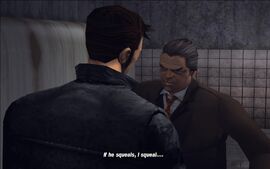 Ray orders Claude to go and kill McAffrey and threatens to rat himself out if McAffrey reaches the police station in Torrington alive. 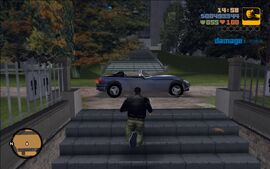 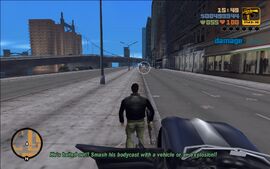 After Claude assaults the ambulance with an M16, McAffrey bails out of the vehicle. 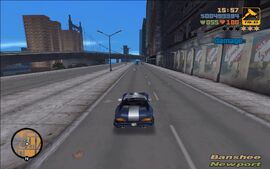 Because McAffrey's body cast is bullet-proof and flame retardant, Claude has to run him over or use explosives to kill him. 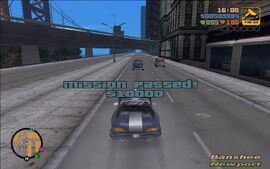 After running McAffrey over, mission passed. 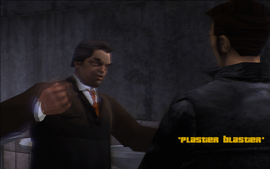 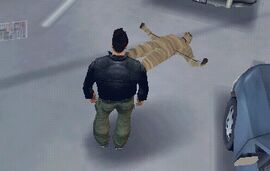