Steal and mod a racing car.

• ­Park the car in the garage.

• ­Return the car to the garage before the pickup truck arrives.

Chan: "I can show the Tongs I'm twice the man Zhou is by winning the city's biggest street race."
Huang: "Oh, that'll win them over. Nothing says leadership like joy riding."
Chan: "I know! It's a fantastic plan!"
—Chan Jaoming tells Huang Lee his plan to become the next Triad boss

Pimp His Ride is the first mission in Grand Theft Auto: Chinatown Wars given by Chan Jaoming to Huang Lee.

Chan needs to conquer the respect of The Tongs if he wants to become the next leader of the Triads, so he tells Huang about a street circuit race that he wants to win in order to impress The Tongs, but the current champion is a cheater acording to Chan, so he sends Huang to sabotage the champion's vehicle to ensure a "fairer" race.

The mission consists primarily of Huang having to follow the champion towards a parking spot near a Pay 'n' Spray south of the park in the Hove Beach neighborhood. Because the intent is to ensure that nobody notices, the player cannot get too close to the champion as he makes his route, or the mission will fail.

As soon as the driver leaves the vehicle, Huang can then enter it and hurry over to Chan Jaoming's mod shop in BOABO. However, since the loading truck is due to arrive within three game hours, the player needs to hurry to some extent.

Once Huang gets the vehicle back to Jaoming's mod shop, the player has the opportunity to smash apart the carborator, puncture the coolant tank, disconnect several cables, and even stick a dead fish into the engine. After the vehicle has been "modified", Huang must get the car back to the same spot near the Pay 'n' Spray. Due to the sabotage done to the engine, the vehicle will be unresponsive at times with regards to turning and even lose control at high speeds.

The mission ends successfully if Huang gets the vehicle back to the Pay 'n' Spray and sees the car loaded onto the truck, ready for the upcoming street race.

I think he might have been short changed at the brains checkout.

I sabotaged some street-race champ's car, so that it'll crash the next time he races it." 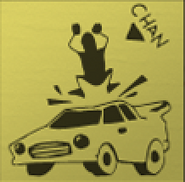 Pimp His Ride
Add a photo to this gallery 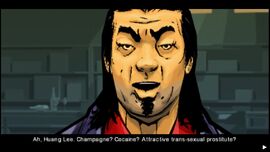 Huang meets Chan in his garage. Chan offers a drink, drugs and prostitutes to celebrate his leadership. 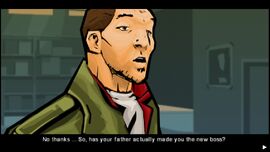 Huang refuses. He asks if his father really will make him the leader of the Triad. 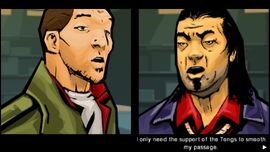 He says he only needs to have support from the Tongs to smooth his passage. 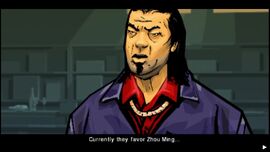 Chan says The Tongs currently favor Zhou Ming. But he is more of a street thug than a real leader. 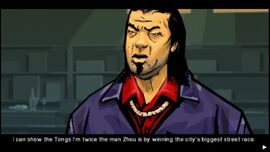 Chan wants to gain respect from the Tongs in a street race. The problem is one of the racers is a cheater. 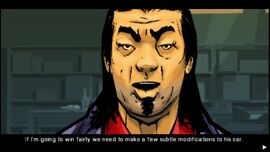 Chan suggests Huang to make some "modifications" in the champion's car, for a fairer race. 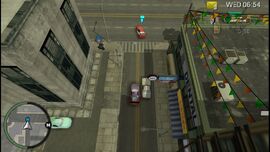 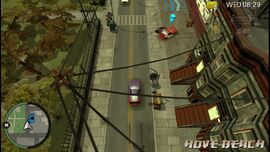 The champion stops at Pay N' Spray in Outlook and get out the car. Huang takes advantage to steal it. 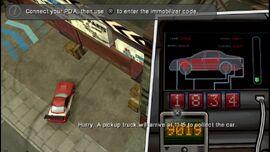 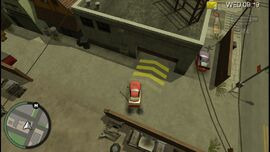 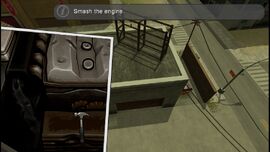 Huang smashes the car's engine with a hammer. 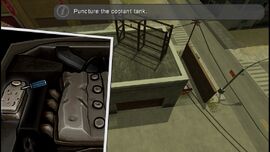 Puncturing the coolant tank with a screwdriver. 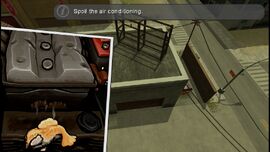 And finally, Huang puts a rotten fish in the car. 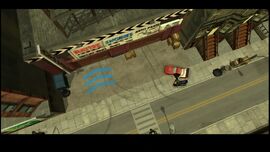 Huang drives the car back to the place where he stole it. 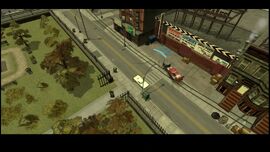 A truck arrives and takes the car to the race location. 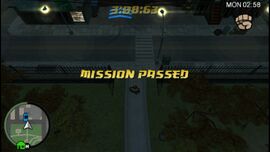 Retrieved from "https://gta.fandom.com/wiki/Pimp_His_Ride?oldid=1182528"
Community content is available under CC-BY-SA unless otherwise noted.