Pillbox Hill borders Strawberry and Chamberlain Hills to the south, Little Seoul to the west, Burton and Alta to the north and Textile City and Legion Square to the east.

Pillbox Hill is Los Santos' commercial and financial center. The district contains most of the city's major skyscrapers and associated financial institutions. Pillbox Hill is home to the main headquarters of companies like Maze Bank, Schlongberg Sachs, Union Depository, Lombank, Tinkle, GoPostal or Penris, among others. It occupies approximately the western half of Downtown Los Santos.

The neighbourhood is served by Los Santos Transit buses. It has two stations (only one station is operational) on the Los Santos light rail system - Pillbox South Station and Pillbox North Station, which is closed and under construction. 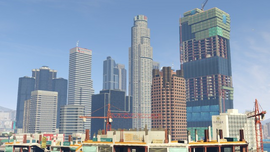 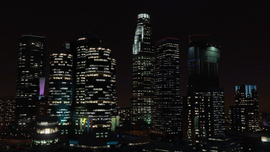