GTA Wiki
Register
Don't have an account?
Sign In
Advertisement
in: VCBI, Characters, Characters in GTA III,
and 6 more
English

Hunter Platin (GTA III)
Gary Busey (GTA VC & GTA VCS)
Unknown (GTA LCS)
“Heh-hey! If I'd teamed up with you in Nicaragua maybe I'd still have my arm!”
— Phil Cassidy to Claude.
“Son, I could shoot a fly off your head at 80 feet.”
— Phil Cassidy to Tommy Vercetti.

In all of his appearances, Phil is featured as a manic heavy artillery arms dealer, selling the protagonist military-grade weaponry such as Grenades, Rocket Launchers, Miniguns, etc. Phil presents himself as a military veteran and regularly discusses his experiences, including claims of having "flashbacks" to the Vietnam War. However, Cam Jones claims that Phil was never in the army, and Phil's records show that he was repeatedly refused for service due to "drunkenness and unsuitable temperament for combat".

Phil has been featured as a heavy drinker. He distils "boomshine", a highly explosive mixture that can get a man drunk off its fumes, which he started distilling and selling in Vice City around 1984. During a phone conversation with Tommy Vercetti, he explains that, due to his heavy boomshine consumption, he is blind in his left eye.

Phil's most notable feature is his one arm. He lost his left arm in 1986 after he was caught in the blast radius of a boomshine bomb, during the events of GTA Vice City. His subsequent appearances also depict him with only one arm.

Phil's backstory was retconned between GTA III and GTA Vice City. In GTA III, Phil was said to have legitimately served in Nicaragua, where he lost his arm; this was later changed to make Phil a gun enthusiast who allegedly never served in the army and lost his arm in a boomshine explosion.

According to his interview on MeTV, he was part of the Army Catering Corps and received a dishonourable discharge.

In Phil's first chronological appearance in Vice City Stories, he appears in a MeTV patriotism report where he complained that the government wasn't properly looking after their veterans, which ended with him having an emotional breakdown and crying, and being ridiculed by reporter Jenny Mitchell. He is introduced to Victor Vance through Sergeant Jerry Martinez. Phil is Jerry's gun dealer. Jerry sends Vic to help Phil get rid of some Cholos that are giving him trouble. Through Phil, Vic meets Phil's younger sister Louise and her husband Marty.

After completing some jobs for Marty and eventually killing him because he tried to pimp Louise, Vic returns with Phil and saves him from Jerry's goons who want to finish him for betraying Jerry. After being saved by Vic, Phil promises to stay sober from now on; however, he begins to drink again when Armando Mendez kills Louise. Phil, wanting revenge with the Mendez Brothers, gets drunk and blows up the entrance of Fort Baxter Air Base, so that Vic can steal a Hunter helicopter to attack the Mendez compound.

In Grand Theft Auto: Vice City Stories, Phil is sporting a handlebar moustache. Between 1984 and 1986, he has shaved it off permanently.

In his next appearance, Tommy Vercetti hires Phil to pull off a bank robbery in the mission "The Shootist". Phil is the one who suggests Tommy should employ Hilary King as a getaway driver. After the robbery, Phil invites Tommy to work for him in order to get fixed with firepower. After Tommy kills Phil's rival gun dealer, a drunken Phil invites Tommy over to check out a Boomshine bomb he had set up, wired to a remote detonator. The remote doesn't work the first time, so Phil changes its batteries for fresh ones sitting beside the bomb. Now standing just a meter away from the powerful explosive, in inebriated carelessness, he presses the remote's trigger, detonating the bomb and blowing his right arm off. Tommy drives Phil to an ex-army surgeon to be patched up. Tommy and Phil start an arms business, with Phil supplying Tommy expensive heavy weapons not available in local Ammu-Nations throughout the rest of the game.

In Vice City, Phil's mobile home is accessible. Gun Racks displaying several handguns, submachine guns and rifles are on the wall. When his bedroom is entered, his bed consists of a camouflaged mattress, an American Flag-styled pillow, and a few girl posters on the walls. A Kaufman Cabs calendar can also be seen in his mobile home. He also has a Patriot parked inside a hangar next to his home.

“Hoowee! That's some damn fine artillery you've got there boy! You know, I do so much business at these docks I should've set myself up here, not half way down that God-damn island!”
— Phil Cassidy to Toni Cipriani.

By 1998, Phil resides in Liberty City, where he owns a gun store, selling heavy artillery. Phil makes a short appearance during the mission "More Deadly Than the Male" as Toshiko Kasen's gun dealer. During the cutscene at the end, Phil admits that he does so much business at the docks he should set himself up there and not halfway down the island. This explains why he has left his heavy artillery store and has moved to his barracks, by the time of the events of GTA III.

In the mission "Arms Shortage", corrupt LCPD cop Ray Machowski commissions Claude to go and meet Phil at his shop, since some members of the Colombian Cartel tried to extort weapons out of Phil. Phil and Claude attack the Cartel men as they arrive and kill them, preventing them from stealing Phil's weapons. During this mission, Phil claims to have lost his arm in Nicaragua.

“Promised my little boy I would take him to Cassidy's Bargain Firearms Emporium tomorrow.”
— CCPD officer

He is also mentioned in Manhunt, by members of the Carcer City Police Department. This implies he expanded his business over to Carcer City too, which is close to Liberty City according to the Lips 106 news segment in GTA III. 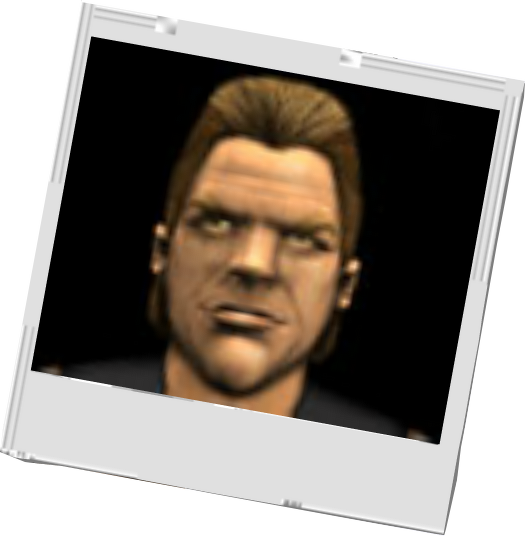 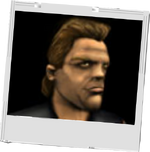 “It was hell up on that ridge. We had bogeys everywhere and ammunition was running out real fast. I didn't know what was going on. I couldn't tell what was gonna happen. So I said to myself, Phil, I said, because my name is Phil Cassidy they don't award Purple Hearts to liberal pinkos. Do what you grandpappy did, shoot everything that moves. I am proud to say, I killed everyone there.”

Game art of "Phil The One Armed Bandit" from GTA III. 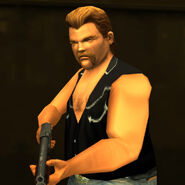