Perseus is a clothing store in the HD Universe that sells expensive suits and other high-end clothes and accessories.

It is one of only three accessible clothing chains in Liberty City where the player can purchase clothes in GTA IV, the other two being the Russian Shop and Modo, but it is the most upscale high-end clothes shop available to the player in the game. These stores are not accessible in The Lost and Damned, The Ballad of Gay Tony, or Grand Theft Auto: Chinatown Wars.

Being a top-of-the-range business, Perseus has an elegant appearance inside and out. The store has no Cash Registers. There are two rows of clothing and some additional clothing hanging on the wall.

The player can download a Perseus theme for Niko's phone via Vipluxuryringtones.com. The player also gets a text message from Brucie Kibbutz soon after unlocking Algonquin, following "Blow Your Cover", telling him to "look VIP" and buy some clothes from Perseus.

The Radio Station that plays inside of all stores is Jazz Nation Radio 108.5.

Inside is Marcus [1], who serves as the customer assistant, and a security guard.

The guard will tell Niko to "use it or put it away" if he has a weapon equipped. The model for the guard is reused as the man outside the LC Fight Club, and Abdul Amir's bodyguard during "Caught with your Pants Down".

Marcus' attitude towards the player depends on how the player is dressed. He remarks favorably towards any article of clothing that the player wears that has been bought from Perseus. While generally commenting negatively towards other forms of clothing. For example, should the player wear a Perseus suit with boots from the Russian Shop, Marcus may praise the suit, but recommends changing the shoes to some from Perseus.

In relation to his seemingly fashionable behavior, Marcus can be scared off easily and has a high-pitched voice. If Niko harms him, he runs off and the security guard attacks Niko starting a fight. It is possible to kill the cashier and the guard by pushing them into the shelves and tables in the store and the player will not gain any wanted stars for killing them. However, the game will still chide the player, stating "You cannot buy clothes if there is nobody alive to man the cash register. Control yourself."

The clothing shop reappears in Los Santos in GTA V, featuring a store located on Portola Drive at the corner of Dorset Drive, with multiple billboards around Los Santos. This shop is inaccessible and the player is unable to buy anything from their store.

In the Ill-Gotten Gains Part 1 update in Grand Theft Auto Online, a Perseus themed vinyl wrap becomes available for the Enus Windsor. A T-Shirt bearing a fake Perseus logo can also be collected from Special Crate Drops during the update Weekend Special. [2].

Amethyst Street, The Exchange.
Add a photo to this gallery

Perseus is based on Versace and Hermès. Evidence for a Versace link can be seen on the Versace logo, which features the head of Medusa. In Greek mythology, Perseus was a Greek hero who killed Medusa by beheading her, and he also appears on the Perseus logo in game. The Perseus logo is stylistically very similar to the Hermès logo, and both brands are named after characters in Greek/Roman mythology.

The brand's Portola Drive location is based on a distinctive building at 201 North Rodeo Drive with a dome-topped circular glass and steel circular display tower in the corner which was occupied by a Bulgari store at the time the game was being developed, but has since been replaced by a Rimowa store with some exterior design changes.

Unlike those from the Russian Shop and Modo, available suits are sold with both pants and a top (jacket and shirt/turtleneck, with an occasional tie). However, certain slacks and footwear are still sold separately.

When the player purchases a full suit at Perseus (a suit that includes both a jacket and trousers) the game automatically changes Niko's previous separate clothing items (both tops and bottoms) to those of the full suit. However, parts of the full suits can still be combined with clothes from Modo or the Russian Shop. This can be done by purchasing clothes from either shop while wearing the Perseus suit, which replaces part of the suit with the purchased clothing, but leaves the other part behind. This can be also accomplished in the wardrobe, by selecting a full suit and accepting to wear it, then re-entering the wardrobe and navigating through other purchased clothing (when navigating through the wardrobe, search through the clothing to the right, this will avoid re-selecting a full suit. If the player does select another full suit by accident, leave the wardrobe and re-enter it).

The interior of the Exchange's Perseus outlet in GTA IV, with Marcus in view.

Niko in a Perseus shirt and jacket, with Modo jeans and shoes in GTA IV.

Banner found at the Rockford Plaza in Burton.

The "Fake Perseus" T-shirt.
Add a photo to this gallery 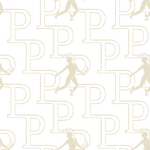 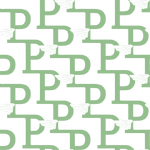 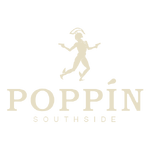 Fake Perseus logo.
Add a photo to this gallery

Retrieved from "https://gta.fandom.com/wiki/Perseus?oldid=1234931"
Community content is available under CC-BY-SA unless otherwise noted.