Pegorino's Pride is the first mission given to the player by Jimmy Pegorino, head of the Pegorino Crime Family, in Grand Theft Auto IV.

Niko briefly meets Jimmy Pegorino at his house in Westdyke, Alderney. Jimmy tells Niko how much a meet with the Pavanos would help him gain a seat on the Commission; Big Pete and Marco are following to accompany Pegorino at the deal. On the way to the meeting at the abandoned DUDE Chemicals plant in the Acter Industrial Park, Pegorino reveals to Niko that he will bribe the Pavanos to give the Pegorino Crime Family a name; Pegorino wants Niko to oversee the deal as "insurance" in case the deal goes sour.

As Niko watches over the meet with a rifle, it turns out to be an ambush and the Pavanos open fire at Pegorino's party, prompting Niko to retaliate. Jimmy is injured before he can do anything about it while Big Pete and Marco are killed. Upon rescuing him, the Pavanos escape with the offering; Niko blasts them down, and transports Pegorino and the offering back to Westdyke.

In order to start this mission, the player must buy a suit at Perseus, or equip one at the wardrobe at one of their safehouses and travel to Pegorino's mansion. After the conversation, Niko goes to Pegorino's car and meets his men (Marco and Peter) while Pegorino gets his shoes on. He will join the team, so Niko drives them all to the refinery. Then a cutscene appears. Marco gives Niko the sniper rifle and instructs him to go to a building ledge. Niko goes up the stairs and to the ledge. Then a cutscene follows. The Pegorino family come forward along with the Pavanos. More Pavanos come and shoot up the party, killing Big Pete and Marco. The player must then protect Pegorino from enemies using the sniper rifle.

When the game instructs the player to save Pegorino, they must get down from the vantage point. Four men immediately start shooting once the player get outside. After fighting the enemies, the player must go up the stairs on the right and pick off the rest of the lackeys. The abandoned refinery's roof is falling to bits, with lots of missing sections. Niko climbs up and moves across the roof, using the holes to flank and pick off Pavanos waiting for him behind cover or in back rooms. Also, there is a Body Armor pickup next to a mattress in a room near the middle of the refinery building.

A cutscene follows. Pegorino and Niko enter their car and notice a Pavano car escaping with the offering/bribe. Niko chases them and follows their exact tyre marks and after a minute or so, they brutally crash at the docks. Niko then chases and kills the two goons and takes the offering from them. He heads back to Jimmy and drives him to back Westdyke as he comments; "You kept your head while everyone else was losing theirs - sometimes literally. We're going to need your skills again soon. Arrividerci."

"Terrorists have struck again! Police responded to reports of gunfire at the old oil refinery in the Acter Industrial Park in Alderney and found the bodies of several men. Most of the men were identified as known associates of the Pavano Crime Family along with Peter Marchetti and Marco Bonnaro, both from Alderney. A N.O.O.S.E spokesman said that they are treating this as an act of terrorism and do not see any significant organized crime link, "The Acter Industrial Park is full of sensitive equipment and volatile chemicals. The terrorists were probably scouting for a target when they ran into these mobsters, a gunfight ensued and the terrorists fled the scene. A mobster is a patriot just like every other American: they were doing a duty for their country." Witnesses saw several cars fleeing the scene. One of them carried an injured person in the back seat. One man clearly had a foreign accent." 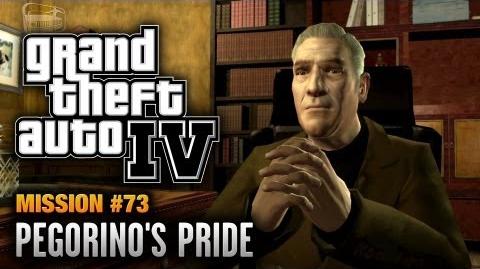