Payphone Hit: The Trolls is a mission featured in Grand Theft Auto Online as one of the Payphone Hits in The Contract update. It is a Free Mode job that can be conducted in any session type by answering a ringing payphone either randomly encountered or requested by calling Franklin Clinton.

“Alright, look, so the internet is a huge and terrible place that I still don't understand, but the bottom line is: we got some trolls out there banding together to fuck with the stock prices. I've seen some creepy-ass nasty stuff on they message boards, and they got the whole fuckin' army out there dumping and pumping their shit wherever they like. They've been riggin' prices all over the market, cashin' out, and fuckin' everybody else in the process... including a bunch of our clients. And right now, they targeting a stock pick that we all should be worried about.
It's a tall ask, but man, I need you to get rid of as many of the ringleaders of these basement-dwelling crooks as soon as you can, before they crash the fuckin' stock. And look, if you do right, a lot of very rich people goin' be very grateful to us, and we goin' get paid.”
— Franklin's payphone description

There are at least four targets on foot, spread around the state. The player has 15 minutes to eliminate them all. They may run away or stand and fight with an SNS Pistol.

If the player is registered as a CEO or MC Club president and has active associates, the number of trolls will be increased. One player will see Trolls one to four only. Two players will add Trolls five and six and three or more players will see all eight Trolls. Meeting points, NPCs and props for the extra Trolls will always appear at their respective locations, but the Trolls themselves will not appear unless there are sufficient player numbers performing the hit.

After receiving the target locations, Franklin sends a text message spelling out the Bonus criteria. The criteria are varied.

Take out all the targets within 7 minutes.

The bonus requires completion in less than half the allotted maximum time. Weaponized vehicles with homing missiles can be used but do not lock-on to the targets.

Take out all the targets with a headshot.

Any ballistic weapon can be used to headshot each target.

Take out all the targets by running them over with a vehicle.

Self-explanatory, commit vehicular homicide. If the player doesn't have enough speed for an instant kill, they could make sure targets end up under the vehicle and wait for the kill confirmation before moving on. 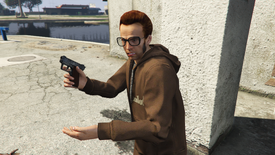 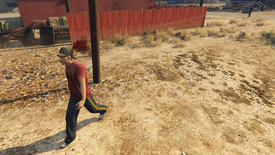 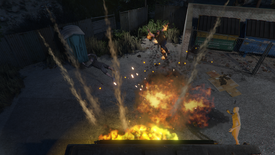 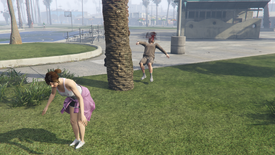 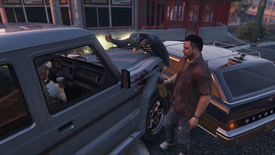 Troll #5 assassinated by running over. 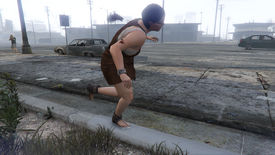 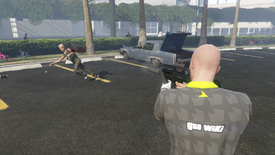 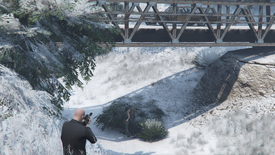 Troll under a bridge assassinated. 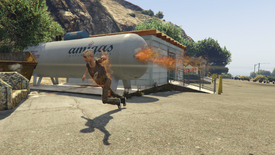