Payphone Hit: The Dealers is a mission featured in Grand Theft Auto Online as one of the Payphone Hits in The Contract update. It is a Free Mode job that can be conducted in any session type by answering a ringing payphone either randomly encountered or requested by calling Franklin Clinton.

“So you know Merryweather, right? Shit, of course you do. Anyone who's cut their teeth in this town spent a whole lot of time fuckin' with Merryweather. Ain't no coincidence their stock price is at an all-time low.
So look, we got a client who's gonna pay us to do 'em a favor for once. But hear me out on this one. There's a bunch of creepy-ass drug dealers makin' headlines right now. Selling nasty shit to anyone and everyone. The whole city wants 'em dealt with.
'Ey, so look, you're gonna make 'em disappear. Make it look professional and shit. Then I'mma get on Snapmatic, start spamming posts sayin': "I saw Merryweather take these fools down and the cops couldn't." And boom: Merryweather goes viral with some good publicity, our client make a bunch of money because she just bought a load of their stock, and then we get paid. Everybody's a fuckin' winner, right?”
— Franklin's payphone description

A minimum of 2 players are required in player Organizations or Motorcycle Clubs in order to receive this Hit.

The Juggalos will be doing a deal with three Street Punks or Rednecks, with a few hippies hanging around. Their vehicles, a heavily customized Youga Classic 4x4 and a Picador, along with a Technical will be parked nearby. If alerted to the player presence, the Juggalos may get in their Youga Classic 4x4 and Picador and leave the site of the deal, indicating that the Technical may not be theirs.

When attacked, the hippies will run off but the gang members will remain and fight alongside the surviving Juggalos.

After receiving the target locations, Franklin sends a text message spelling out the Bonus criteria. All bonuses require simultaneously taking out the dealers.

The mission can be given to two or three players and still require four targets to be taken out, making two of these require rapid successives shots or through-and-throughs that take out two or more targets with one shot.

Take out all the targets at the same time using a suppressed pistol.

The stash will contain Ceramic Pistols with silencer attachments, however player-owned suppressed pistols can be used.

Take out all targets at the same time using explosives.

The stash will contain Sticky Bombs. Throwing bombs near the targets will not spook them, so they can be planted over time then set off simultaneously for the bonus.

Take out all the targets at the same time using a scoped rifle.

The stash will contain Sniper Rifles, however player-owned rifles can be used.

After killing the targets, if the bonus is not achieved, players must leave the area and escape (or kill) the multiple waves of alerted reinforcements who will arrive and give chase in Rebels and Picadors. 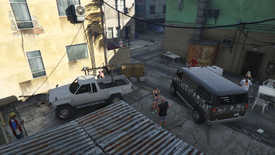 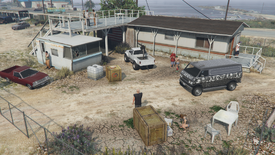 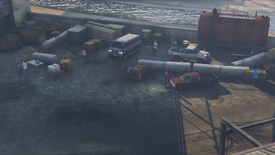 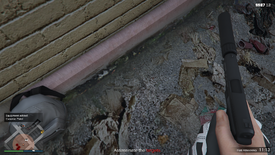 Picking up a Ceramic Pistol from the stash. 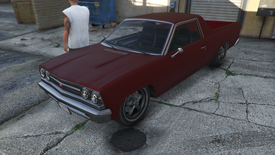 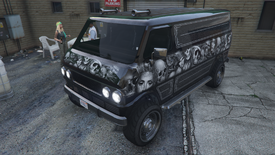 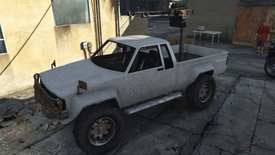 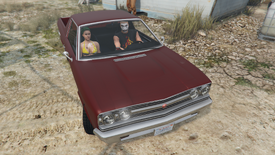 Leaving in the Picador. 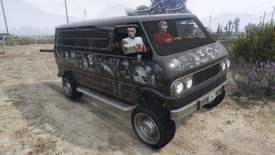 Leaving in the Youga Classic 4x4. 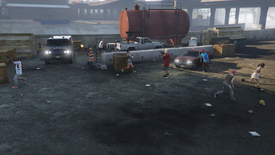 Hippies running away, the dealers staying to fight. 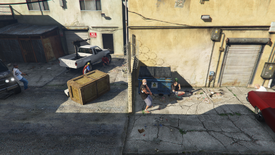 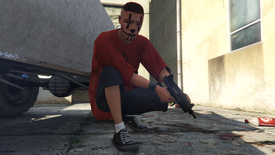 With a Micro SMG. 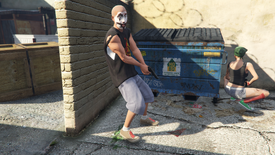 With a Pistol and Sawed-Off Shotgun. 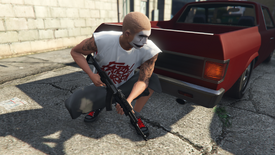 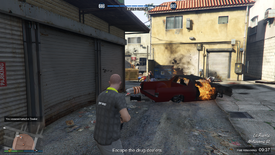 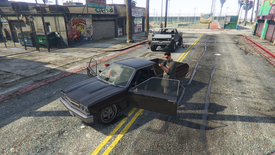 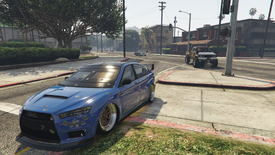