Go to Steinway and kill all the targets

• ­Chase the gang member back to his friends.

• ­Take out all the gang members.

Kenny: "I've run this territory for years. And now some impudent street gang thinks they can just take it away from me? Make them pay for their arrogance, Huang... and avenge Ling!"
Huang: "Said with true feeling, Uncle!"
―Wu 'Kenny' Lee gives orders for his nephew Huang Lee

Payback is a mission in Grand Theft Auto: Chinatown Wars, given to protagonist Huang Lee by his uncle and Lee Family head Wu "Kenny" Lee.

Huang is grieving over Ling Shan's death while Kenny complains that the street gang from the previous mission needs to be taken care of so that they can't take over Kenny's territory.

Go to the gang territory in Steinway. As Huang arrives, a gang member asks what's he doing there. Huang wants blood. The gang member will try to escape, don't waste bullets trying to kill the running goon away, he is invincible during this time. Follow him until he takes the player to his two friends nearby. Once all three goons are killed, two more will appear in a vehicle as a backup. Pay attention, the last surviving member will always try to escape in one of the nearby vehicles, try killing him before he can get in one of the cars and run away. If he manages to get a vehicle, drive after him and blow up his car. Weapons such as shotguns from the police cars, will definitely make the mission easier.

"Ling's death kinda hit me harder than my dad's - understandable - I didn't want to fuck my dad.

Anyway, Uncle Kenny got my head together and I got payback on the gang that hit his turf ... and Ling.

I hope she sleeps easy now. Which is more than I can say for me - I've gotta get laid." 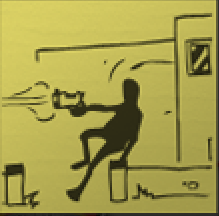 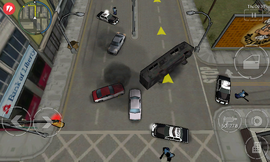 The Bus wreck and damaged Cognoscentis. 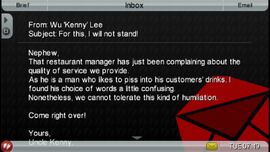 Kenny sends an email to Huang telling him to come to his restaurant as soon as possible. 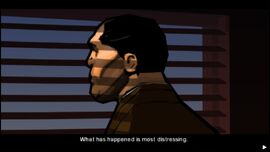 Kenny says distressing things are happening to him... 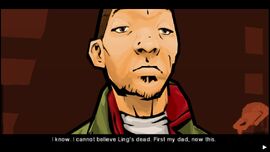 Huang agrees, and is still shocked about what happened to Ling. 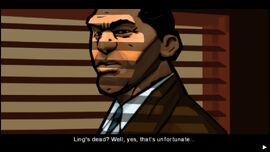 Kenny did not know that Ling is dead, and he doesn't even care. 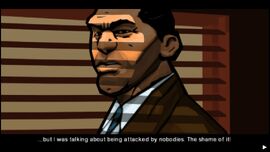 Kenny was talking about being attacked by street gangs. 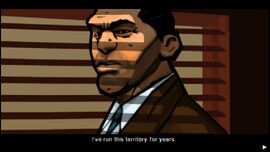 Kenny says he has run the territory of Cerveza Heights for years... 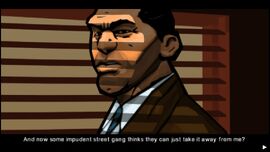 And now the Spanish Lords are trying to take everything for them. 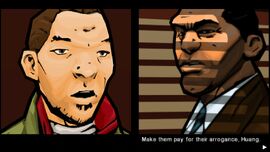 Kenny tells Huang to kill them all... 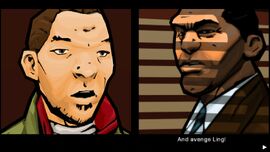 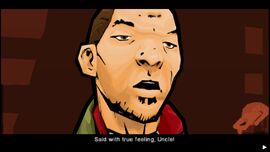 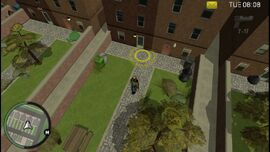 Huang goes to the apartment of a member of the Spanish Lords in Steinway. 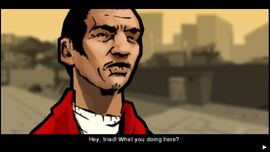 The gangster arrives and asks Huang what he's doing there. 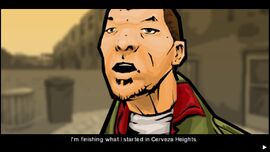 Huang angrily says he is finishing what he did in Cerveza Heights. 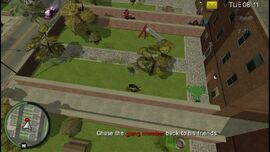 The gangster then tries to escape Huang by jumping the walls. 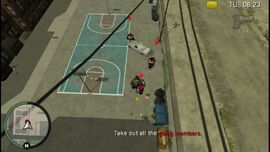 The gangster finds more Spanish Lords members and start shooting at Huang, but Huang kills them all. 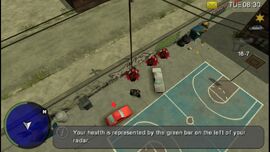 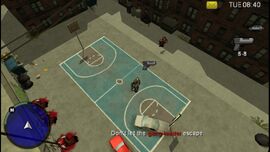 Huang kills all of them. 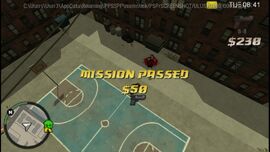 Retrieved from "https://gta.fandom.com/wiki/Payback_(GTA_Chinatown_Wars)?oldid=1182523"
Community content is available under CC-BY-SA unless otherwise noted.