• ­The Mafia wants payback. Take out three Hoods in Trenton.

Mike: "How about some backup on this one, Vinnie?"
Vinnie: "You're losing your guts on me? Don't make me regret helping you out when you had nothing."
―Mike and Vinnie

Payback is a mission in Grand Theft Auto Advance, given to protagonist Mike by Vinnie from Momma's Restaurante in Saint Mark's, Portland, Liberty City.

Vinnie informs Mike that the Mafia (likely the Leone Family) are not happy with being disrespected by the criminals based in Trenton and want Mike to make an example out of three of them. Mike drives to Trenton, killing one of the criminals, before driving to an alleyway in Trenton, killing another criminal who had been harassing a resident of the city. Mike drives in search of a third criminal and kills the third criminal, after forcing him to leave his car.

Vinnie: Come to the restaurant, Mike. I need you to pick up a package. Vinnie. 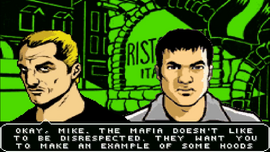 Vinnie tells Mike that the mafia doesn't like to be disrespected and they want him to kill some Trenton Hoods. 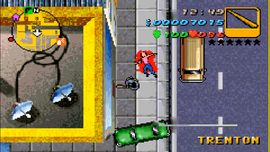 Killing the first hood in Trenton. 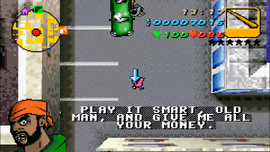 The second one is trying to rob a pedestrian. 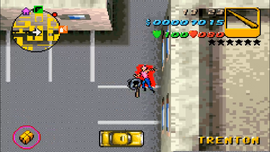 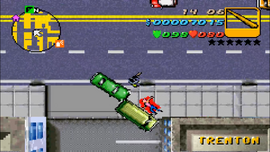 The last one is driving a van. Mike kills him. 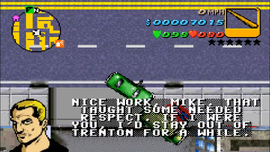 Vinnie tells Mike to stay out of Trenton for a while. 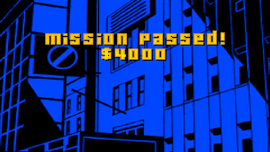 Retrieved from "https://gta.fandom.com/wiki/Payback_(GTA_Advance)?oldid=1318555"
Community content is available under CC-BY-SA unless otherwise noted.