­ Collect 15 checkpoints before the time runs out

This side mission is found at the Supa Save! parking lot in Portland View. It is activated when the player enters a parked Patriot that spawns there. Once activated, the player can start at their leisure; the timer is activated when the player drives over any checkpoint, after which the player has twenty seconds to collect the next. Each checkpoint awards an additional 20 seconds, giving the player a total of five minutes to complete the side mission. The checkpoints are located throughout the cliffs of Portland Beach, requiring the player to take advantage of the Patriot's off-road grip. The player will fail the mission if they exit or destroy the Patriot, or if time expires.

The goal is to pick up 15 checkpoints in five minutes.

Drive over the stairs and pick up 1st one; after that, drive to the meadow opposite of Marco's Bistro to reach the 2nd one further north. After that, rush to the beach and pick the 3rd one near water. Turn back, and climb the cliff for the 4th one.

Drive on the beach, the 5th and 6th are on the cliff. Go through the rock arch under Salvatore's mansion, and find the 7th. 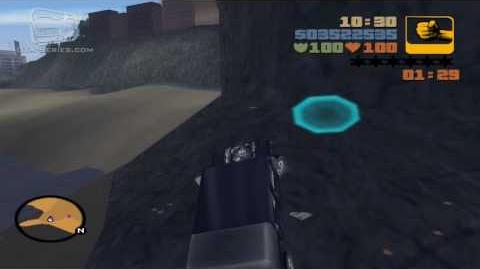 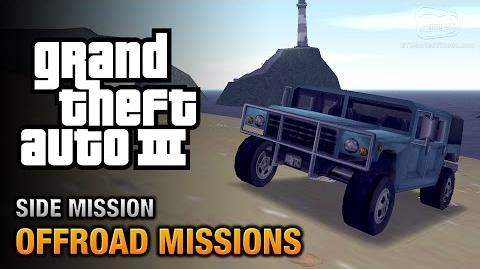