"Well, Niko. That was a whole lot of effort for no fucking reward. Story of my life."
―Patrick McReary to Niko Bellic at the end of mission Diamonds are a Girl's Best Friend.

Packie was born to Maureen McReary and an unnamed father. His siblings consisted of older brothers Derrick, Francis and Gerald, with Kate being born two years after him. Born and raised in Dukes, he had never been outside Liberty City - except for Alderney State - until after the events of GTA IV.

Packie's father was a violent, perverted alcoholic whom Packie blames for their mob's loss of influence. He says of his father, "I used to think I loved him, but then I realised I hated him". He eventually admits to Niko that his father used to molest both him and Gerry. He developed a drug habit at fourteen years of age, and claims he was constantly staying home from school to roll joints for his dad.

Packie became involved in crime at an early age, having chosen Gerry as a role model and began spotting for his brother's scores when he was in middle school. His first conviction was in 1997 when he was arrested for stealing a car aged eighteen. The following year, he secured his first felony conviction when he was arrested for grand larceny but was (presumably) acquitted. He was arrested again in 2000 for highjacking. Packie's last known arrest was in 2005 when he was caught with several grams of cocaine in the presence of a known prostitute. At some point his father apparently committed suicide, and Gerry became the head of the McReary crime family although Packie admits that he initially suspected Gerry of killing him.

By the time of Grand Theft Auto IV, Packie largely operates independently of the Irish Mob, committing stick-up robberies with his friends Michael Keane and Gordon Sargent, and working as a hired gun for the Pegorino Family.

Packie was introduced to Niko Bellic through cocaine dealer Elizabeta Torres. Packie and Niko quickly befriend each other after escaping from a botched cocaine deal together. Impressed, Packie called up Niko and introduced him to his family and his gang. They all participated in robbing other criminal gangs (first robbing the Algonquin Triads and then the Ancelotti Family), and eventually the Bank of Liberty in Algonquin during a heist. Packie purchases a red Comet with his share of the takings.

After the bank robbery, Packie continued working with Niko, particularly in the kidnapping of Gracie Ancelotti for Gerry. Unknown to Packie, Niko murdered one of his brothers. Nonetheless, Niko's assistance in suppressing an attack on the funeral of the same brother cemented their friendship. Packie trusted Niko enough to encourage him to date Kate, the youngest of the McReary clan. Though he was confident she wouldn't "put-out" - as he regularly states - his bypassing of his protective instinct showed that he held a distinct level of trust in Niko.

In the credits of The Ballad of Gay Tony, Packie is seen leaving a taxi and entering Francis International Airport carrying a duffel bag, presumably filled with money. In the following scenes, a plane is seen leaving the runway heading for an unknown destination. By 2013 he was living in Los Santos.

Packie appears again in Grand Theft Auto V, appearing early in the game as he holds up a drug store in Strawberry with an un-named accomplice. Once the player finds him, he requests that they find a getaway car and help them escape. The player may do so, or assist the store owner and kill Packie and his accomplice. If they help Packie, he will thank the player and become available as a gunman in further heists. Packie has some of the highest possible skills for a gunman available, but takes 12% percent of the cut.

Interestingly, if Packie was chosen as a gunman, he mentions his biggest robbery during the drive from Sandy Shores to Paleto Bay in The Paleto Score. On the journey to the bank, the gang will talk about their first robberies. Packie mentions that one of the gunmen were killed by one of the hostages, and goes into detail regarding how they escaped. He will also mention his brother, Derrick, who was also a gunman in the Bank of Liberty robbery, and reveal that he is now dead. Lastly, he mentions Niko Bellic, the fourth gunman. Packie says that he had lost contact with Niko after leaving Liberty City, and that he doesn't even know what became of him, presuming him to be dead.

Lester Crest: "McReary? He was a part of a well known Liberty City stickup crew. Small world."
Michael De Santa: "I got a good feeling about him."
―Lester and Michael about Packie.

Packie can be selected in all the heists of the game. In The Jewel Store Job, smart or loud approach, he manages to successfully get all the jewels in the glass cabinets, helping the crew reach the maximum possible score of the job. In the loud approach, he also stops the manager of the jewelry store before she screams for help.

In The Paleto Score, Packie survives the heist and provides good assistance against the cops. Michael even compliments Packie's help by saying that he is glad they chose him for the score.

In The Bureau Raid, he survives the explosion during the escape in the covert approach and in the roof approach, he does a good job with no consequences.

In The Big Score, subtle approach, if placed as one of the gunmen, he does not drop any gold bars while he is loading them into the Gauntlets, preventing the crew from losing any of the final score.

In the obvious approach, if he is selected as either the first or second gunman, there are no consequences to the heist. Previous experience in past heists won't change Packie's performance in any of the scores; he does a good job in all of them even if he is selected for the first time.

On the surface, Packie portrays himself as strong and without feeling. But when drunk or otherwise confiding in Niko, he is shown time and time again to be suppressing deeply painful emotions. For example, he will lament that "the world is ugly and unkind", question what being a man is all about, and contemplates suicide. He has an addictive personality, as shown by his habitual use of cocaine and prostitutes. He doesn't seem to seriously consider immediately and directly killing himself, but does glamorize the idea that he will die young of drug overdose. Compared to Niko, Packie is equally capable of violence and criminal activity whilst appearing to show little or no remorse. He does, however, still hold certain moral standards; if the player kills too many hostages during the mission Three Leaf Clover, the mission will fail and Packie will say that he doesn't take "bloody money".

Packie's cocaine addiction has caused him numerous problems. He claims that he can't look for women without cocaine in his system and when he's with women, he spends his time in the bathroom snorting rails of coke, which lowers his sex drive (he calls this a "catch 22"). Kate claims that Packie has uncontrollable behavior when he's with her in public and will attack anyone who he thinks is looking at her "wrong".

Packie is slightly shorter and more slender than Niko. He also has a long scar under his left eye, possibly from fights when drunk. His nose appears to be slightly crooked, implying that it may have been broken. Patrick wears a white long-sleeved undershirt, green polo shirt, blue jeans and sneakers that look very similar to the ones in Russian Shop. He has green eyes with a grey tint, and a buzz cut hairstyle. His skin has several red spots and dents, probably due to cocaine use.

Packie appears, but looks very different than in Grand Theft Auto IV. He is seen with considerably more scars, light stubble, and looks much older. The mole on the top right corner of his lip is more noticable and has developed wrinkles around his eyes. His eyes appear as a lighter auburn and are less distressed and bloodshot. His outfits are determined by his appearance in Heists. His nostrils are also more enlarged than they were five years previously in GTA IV.

At some point after completion of the mission Three Leaf Clover, Packie calls Niko to do a friend activity with him. After this event is completed, Niko will become friends with him. Packie is the fourth of five friends Niko will make within the game, and is available between 4 PM and 6 AM. He is available for six different activities; Bowling, Darts, Drinking, Pool, Show, and Strip Club.

When Packie's "Like Stat" rises above 75% (and after completing the mission "Actions Speak Louder than Words"), the player will unlock his Special Ability. Packie's Special Ability allows Niko to call Packie and ask him to prepare a car bomb, which can be used to take down difficult targets. This ability can be useful in certain situations and missions. When the player requests a bomb, Packie will inform Niko of its location. Once Niko has located the bomb, he can detonate it by calling Packie. Receiving Packie's friendship bonus will award the player the "Dial 'B' for Bomb" trophy/achievement.

He likes it when Niko drives fast, saying things such as "If you have somewhere to be then you may as go at pace." and "This is the way to do it, Niko." He also enjoys fighting while on friend activities, and - as with all friends - will assist in any combat during the activity. 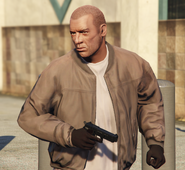 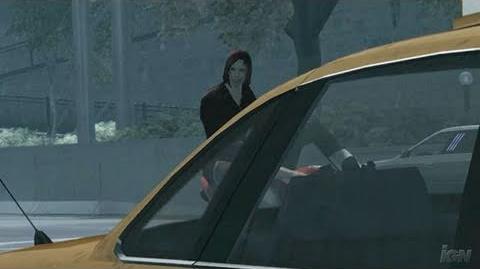 Retrieved from "https://gta.fandom.com/wiki/Patrick_McReary?oldid=1074161"
Community content is available under CC-BY-SA unless otherwise noted.