Richards is a corrupt and wholly insane televangelist from Mars, Alabama, who is the head of the Pastor Richards' Salvation Statue Organization, an organization which promises salvation (in the form of a radiation-proof giant living space/effigy of Richards) to all those who pay him very large donations. However, he later reveals that he was actually planning on using the donated money to build himself a palace mansion in Hawaii during his time as a guest on Pressing Issues (VCPR).

By the end of the segment, Pastor Richards snaps, and, disgusted by Barry Stark's nudism, pulls a gun on Stark and shoots him in the genitals, while Jan Brown passes out. Barry survives and "is in need of a proctologist". Pastor Richards also ends up claiming the station as his own for a short while. Pastor Richards was also once invited to a boat party by Juan Cortez, the only time he actually appears.

Maniac firebrand preacher, obsessed with money. Has written several awful books. All completely fabricated. Most given away. 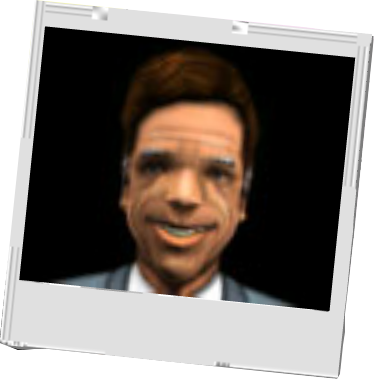 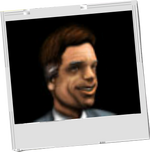 “Do yourself a favor. Take both hands off the wheel and touch the stereo. Do you feel the power? Yes, friend. There is a lot of evil in the world but there is also light, and I have been sent to shine a light on all degenerates, philanderers, liberals and other evil doers, and expose them for what they really are. Don't waste your money on unnecessary and corrupting material possessions. Give it to me! There is one thing that will save you. A highly fortified structure in the shape of the most powerful thing on the planet: ME!
Degenerates will ruin this great city, in my wonderful book I tell of the impending disaster about to befall this planet, nuclear holocaust plages of fly and rodents. The seas rise and up and turning yellow. It is coming. It is written by me, but you can save yourself. Contribute to the Pastor Richards salvation statue fund. Pick up your telephone, call now 1-866-9-SAVE ME!”
— Pastor Richards Salvation Statue Fund

Edited version of the artwork