In-game time
“A reporter has been nosing around. Maria and I have taken a little holiday together until you can get rid of this perverted voyeur. He's probably out in the bay as you read this! Steal a police boat, and sink his career!”
— Asuka Kasen

Paparazzi Purge is a mission in Grand Theft Auto III given to protagonist Claude by Yakuza co-leader Asuka Kasen from her condominium located in the Newport district of Staunton Island, Liberty City.

Claude drops by Asuka's condo and finds a letter left by Asuka saying that a reporter has been spying on them and that she and Maria have taken a little holiday together until he is dealt with. Informed that the reporter is on the bay, Claude steals a police boat and starts chasing the target as well as attacking him with the Predator's machine guns. After a chase around the quiet waters of the city, he manages to blow up the boat, killing the reporter within.

The reward for passing this mission is $10,000 and the mission Payday For Ray becomes available. 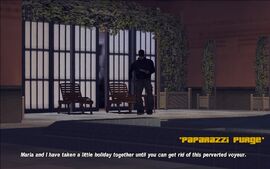 Claude arrives at Asuka Kasen's Condo in Newport to find a note from Asuka. Asuka claims that she and Maria have been watched by a reporter for a short while, who is trying to gain information about the Yakuza. 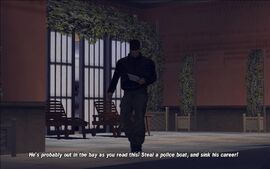 Asuka tells Claude that the reporter is probably trying to watch Asuka and Maria as Claude reads the note. Asuka orders Claude to steal a police boat and shoot down the reporter. 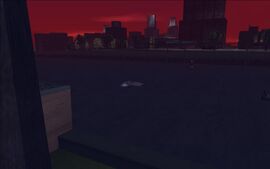 The reporter in the bay. 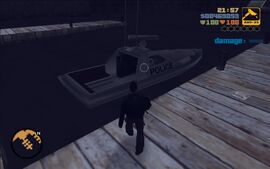 Claude, about to steal a police boat. 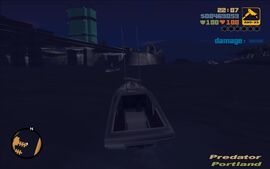 Claude attacking the reporter with a police boat. 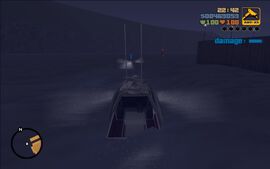 Claude, about to explode the reporter's boat. 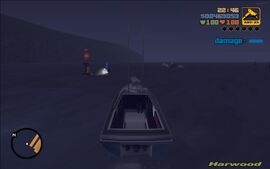 Claude following the burning boat to make sure that the reporter does not escape. 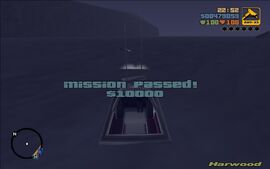 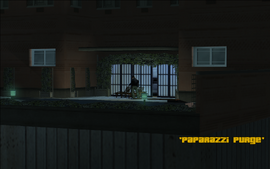 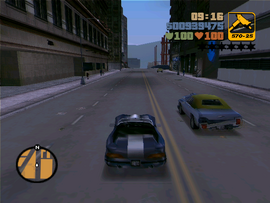 Claude chasing the reporter after he left the boat.