GTA Wiki
Register
Don't have an account?
Sign In
Advertisement
in: Actors, Characters, Characters in GTA V,
and 2 more
English

Leigh Rose
“Do you remember "The Brothel Creeper?" You do? Wasn't it wonderful?
Do you remember the little attractive slut who stole Malcome Brotherly from Rosemary Heston?
I was that slut! Me! But look at me now!
I'm an old crow... I'm a witch! A hag!
But I've had work done... but let me tell you - none of it worked! It's a cruel business.”
— Pamela Drake

Pamela Drake is a fading actress and minor character appearing in Grand Theft Auto V as a soapboxer.

She appeared in Solomon Richards first production in 1968 as a scullery maid in Nelson in Naples, implying she slept with his father, David Richards.

She can be found trying to recapture her past glory - trying to attract the attention of movie moguls and the like - by prowling Vinewood's famous Vinewood Boulevard, outside Von Crastenburg Hotel reciting lines from movies and plays she previously appeared in.

If the player speaks with Pamela as Trevor, he will compliment her "beauty".

If the player speaks with Pamela as Michael, he will recognize her from the movie Nelson in Naples and they will both recite dialogues from the movie.

She is active on Bleeter and makes two posts: 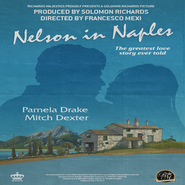 Star billing on the Nelson in Naples poster.