This article or section needs to be cleaned up to meet the standards of the GTA Wiki.
Formatting

Wasted
Busted
Lester dies
The car was destroyed
Police attention is attracted
Michael, Trevor or Lester could not see the bank as the cops arrive
Entering Los Santos while exiled
Michael or Trevor were spotted at the bank
Causing any sort of disturbance near the bank
Spotted by the Cops as they arrive.

In-game time
“Local law enforcement extorts money from all the weed farms, whore houses, meth kitchens in the area. They keep the cash in safe deposit boxes. Then there's all the normal small town payroll stuff. We should do well.”

Michael and Trevor meet at Trevor's meth lab in Sandy Shores. They are joined there by FIB agents Steve Haines and Dave Norton. Haines has yet another job for Michael and Trevor, but this one requires Michael and Trevor to source the equipment they will need, including a military-grade helicopter which will cost at least $2 million, money that Michael and Trevor do not have. With that in mind, Michael remembers a "bank in the sticks" that Lester Crest referred to previously. Michael phones Lester, who agrees to meet them in Paleto Bay.

Lester arrives in Paleto Bay by bus, and the trio drive to the Blaine County Savings Bank. They inspect the front of the bank, before driving around the back to see the alarm system setup. Lester wants to check the response time of the local police, so Michael shoots one of the alarms to trigger it. The trio drive to a filling station across the road to wait for the police and time their response. "Sixty-seven seconds" later (according to Lester), four cars arrive, with more on standby. Over Lester's police scanner, the police declare the incident a false alarm and intend to set up vehicle-searching checkpoints along the highway. At this point, Trevor leaves the vehicle and steals a motorcycle to ride back to the meth lab. When Trevor exits the car, the player can choose whether to control Michael or Trevor. Trevor is more likely to arrive first, but choosing Michael allows the player to hear specific dialogue between Michael and Lester. Regardless of who arrives first, once the three reach the meth lab, Lester sets up the board for the heist. The player is able to choose a gunman. After the gunman is selected, Michael and Lester leave the meth lab whilst Trevor throws up a bowl of rotten leftovers he was eating during the preparation.

The following characters are available to complete Michael, Trevor and Franklin's crew.

Trevor receives a phone call from Franklin Clinton, with Franklin informing Trevor that the O'Neil brothers are looking for him and that Franklin has been following them. After this, should the player switch to Franklin at any time, the mission Predator will automatically begin. The Heist Setup mission Military Hardware is also unlocked. 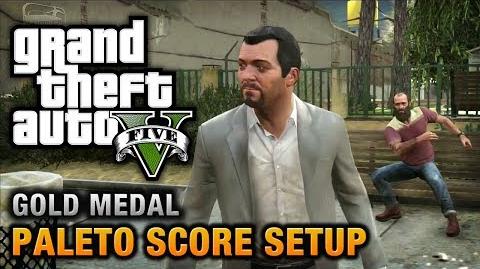 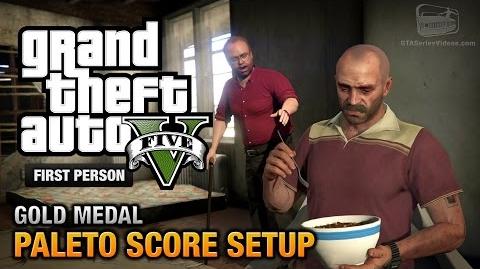 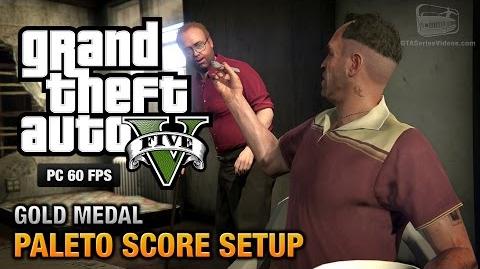