“Logging, hunting...there's a lot of man against a fragile ecosystem in the Paleto Forest. If you want to see who's winning, take the cable car up to the top of Mount Chiliad.”
— GTA V digital manual

Paleto Forest is mostly a rural area, along with few buildings scattered around. It is made up of coniferous trees, particularly pine trees. Much of the forest has been cut down and turned into lumber at the nearby Paleto Forest Sawmill. Deer can be seen drinking from the rivers, and eating by the side of the roads, along with the sound of woodpeckers pecking trees. Due to the close proximity to the town of Paleto Bay, there are many cars seen driving through the forest. Some cars can also be seen parked at the local lumberjack inn.

There are many animals inhabiting the large ecosystem of Paleto Forest. There are species such as deer, cougars, and coyotes. Occasionally, there will be boars roaming around.

The mission Lamar Down, takes place at the sawmill here.

There is one spaceship part here.

The area appears to be largely based on the San Bernardino National Forest with the nearby mountain tramway being is based on the Palm Springs Aerial Tramway on the opposite side of San Gorgonio Mountain. Adjacent to the forest is the small settlement known as Bayview which appears to be based on Big Sur, which is many miles away in central California.

A train passing by the Paleto Forest in the next-gen trailer. 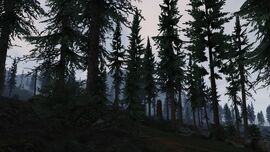 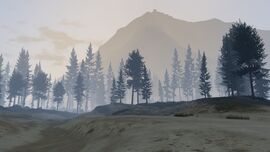 A view of Paleto Forest from Paleto Cove. 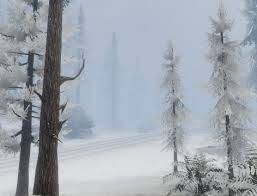 Paleto Forest during a snowfall. 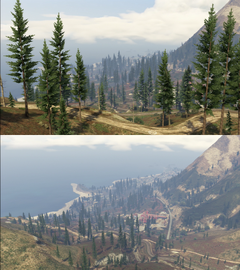 A ground and aerial view of the forest. 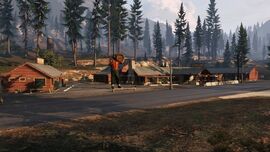 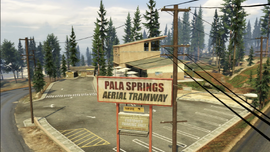 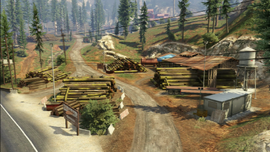