GTA Wiki
Register
Don't have an account?
Sign In
Advertisement
in: Stubs, Bodies of water, Geography,
and 10 more
English

View source
watch 02:34
Fire Emblem Warriors: Three Hopes - The Loop
Do you like this video?
Play Sound
This article contains insufficient information and is considered as a Stub. You can help the GTA Wiki by expanding it as much as you can.

Location on the map (in-game GPS). The blue area is simply referred to as Pacific Ocean.

This area is surrounded by small islands and rocks that are relatively close to the coast of the main island of San Andreas. One of these islands has a house on it, which was, at one point, inhabited by Avi Schwartzman. Since the water is slightly cooler than the waters of Los Santos, it is very shark infested. 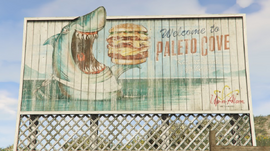 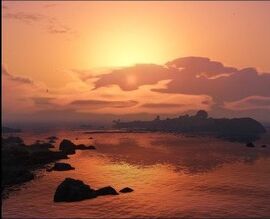 A sunset over Paleto Cove.