Deliver the cars to Molly Schultz

Franklin: "Where the fuck is my money?"
Molly: "The best thing that could have happened to you in this situation has happened. He is going to hold your money, invest it in his alpha fund and make the funds available to you at a time as the transfer will not induce any undue attention."
Franklin: "Which is a polite way of saying I'm gettin' robbed?"
— Molly Schultz debriefing Franklin Clinton.

Pack Man is a mission in Grand Theft Auto V, given by business tycoon Devin Weston to protagonists Franklin Clinton and Trevor Philips.

Franklin pulls up in front of Lamar's house around the corner from his old safehouse on Forum Drive in Strawberry. He receives a call from Lamar. Lamar tells Franklin that he's stolen the final car in Weston's list, a Pegassi Monroe, and now has it nearby, behind Glass Heroes autobody shop. Franklin drives the two blocks and meets Lamar. The two drive the Monroe to Little Bighorn Avenue where Trevor is waiting with a Packer filled with the other cars the group have obtained for Weston. Franklin drives the Monroe onto the last remaining spot on the Packer. He, Lamar, and Trevor then begin the drive to the drop-off point, the Procopio Truck Stop north of Paleto Bay. The suggested GPS is almost 8 (7.93) miles in length.

The player is shifted to Trevor driving the Packer. Due to the length of the drive, Franklin decides to take a nap. Trevor and Lamar talk about various topics, including Trevor's relationship with Michael De Santa. Beyond this conversation, the trip is initially uneventful, but as the group gets closer to the drop-off point, around the general vicinity of Hookies, the police appear with a two-star wanted level and give chase. Franklin decides to unhitch the JB 700 and use its weapons to neutralize the police cars--Franklin has heard from Weston's lawyer that the 700 has "some new hardware on board." Trevor must keep the Packer steadily while Franklin makes his way along the cargo carrier. Franklin reaches the JB 700 and gets it off the Packer. At this point, the player is shifted from Trevor to Franklin. Franklin uses the 700's caltrops and newly included guns to take out the police pursuit.

Once the police are gone, Franklin calls Molly Schultz. Soon, the crew arrives in Procopio Beach to find Schultz waiting for them alone. She tells Franklin that Weston has stayed away due to the heat the crew has collected. Additionally, Weston has invested the team's payment and will only give them their money once police attention dies down. Franklin rails at Schultz for the lack of payment, but she tells him to be grateful and drives off, leaving Franklin alone. 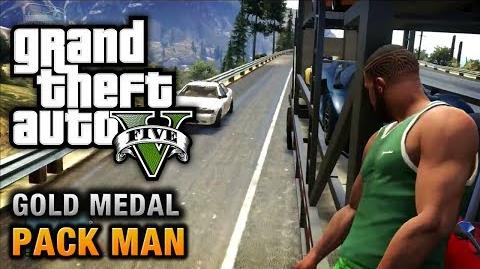 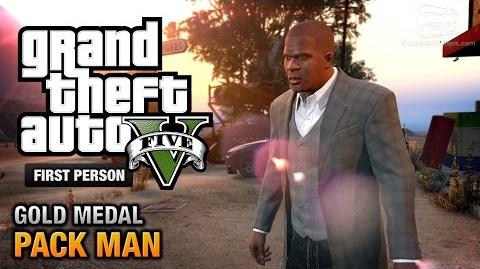 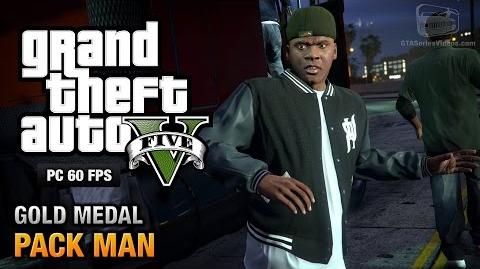 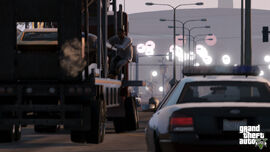 A beta screenshot of this mission. Originally, LSPD cars are sent to chase the truck. 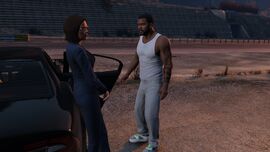 Franklin arguing with Molly after the job. 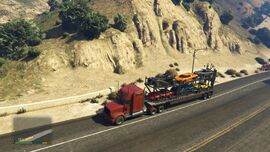