GTA Wiki
Register
Don't have an account?
Sign In
Advertisement
in: Side Missions, Missions in GTA Vice City
English

In-game time
PCJ Playground is a side mission in Grand Theft Auto: Vice City. The mission is activated by entering a parked PCJ 600 on the southern corner of the Standing Vice Point building in Vice Point, north of Washington Beach Police Department.

The objective of the mission is to follow a path made by 24 checkpoints within two minutes. The countdown timer starts when the first checkpoint is collected. Unique Stunt Jumps are disabled during this mission, but the player can receive Insane Stunt Bonus during the mission. A couple of obstacles appear, including a couple of Yankee trucks scripted to cross the path of the checkpoints. The reward for completing this is $1000 and a step closer to 100% completion. Completing the mission after the first time requires the player to beat his/her own time. It is not absolutely necessary that the player should take the bike parked there. If the player arrives on another PCJ 600, parks it in the corner and gets down and gets on the bike that the player has brought, still the mission will be activated. 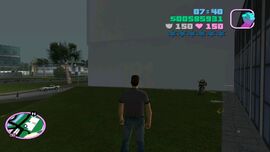 Location of the PCJ 600 that triggers the side-mission. 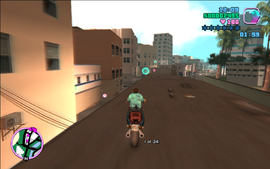 Collecting the first checkpoints to start the countdown timer. 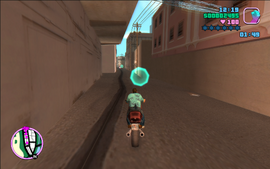 Collecting the checkpoints in the alleyways in Ocean Beach. 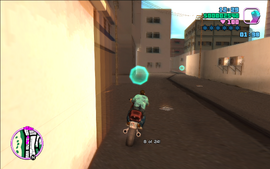 At this point, a couple of Yankee trucks scripted to cross the path of the checkpoints will appear. 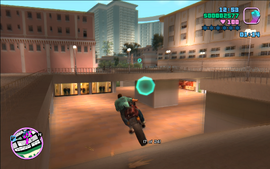 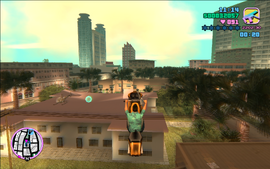 Collecting the last checkpoint located on the roof of an apartment. 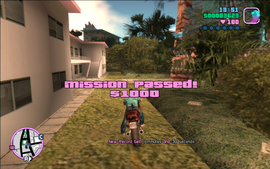 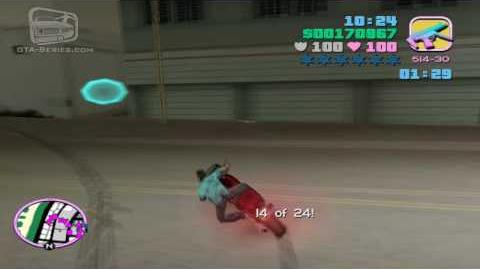