• ­Take D'Avanzo to the meeting with Capra.

• ­Break into the compound.

• ­Go along the rooftops and collect the sniper rifle.

"Capra wants to meet me for peace talks. But, the only peace I'm gonna give him is 'rest in peace'!"
— Rudy D'Avanzo

Oversights is the last mission given by Rudy D'Avanzo to protagonist Huang Lee in Grand Theft Auto: Chinatown Wars.

Jimmy Capra wants to meet Rudy to do some "peace-talks", but D'Avanzo wants to use this oportunity to finally kill Capra.

Enter in D'Avanzo's car and go to the meeting. The two arrive in the place, and Rudy tells Huang that a Sniper Rifle is on a roof of one of the near buildings. Huang gets the sniper and oversees the meeting. Capra comes and start to speak with Rudy, but soon its revealed that it was all an ambush and Capra's bodyguards start to come and a gunfight between Capra's men and Rudy begins. The player needs to kill the attackers fast, before they manage to kill Rudy. Use the sniper rifle's zoom to have gain precision and kill the enemies more easily. When a new group of enemies arrive on a vehicle, try to explode the vehicle before they get out of it. After all Capra's men have been killed the mission is complete.

"D'Avanzo had a 'peace-talks' meeting with Capra. He took me along to make sure Capra found the peace Rudy had in mind for him.

You just can't trust anyone these days. It's a disgrace." 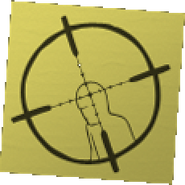 Oversights
Add a photo to this gallery 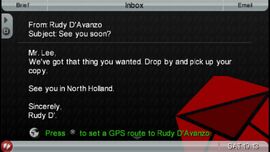 Rudy sends an e-mail to Huang telling him to meet him at the clothing store in North Holland. 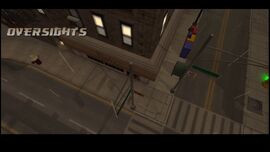 Arriving at the clothing store. 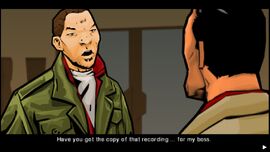 Huang asks for the copy of the recording for Hsin. 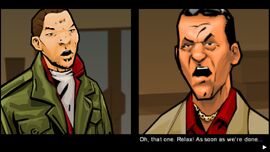 Rudy tells him he will give the recording as soon as Huang does one last thing for him. 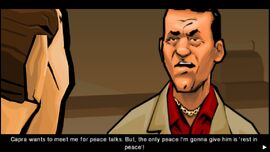 Capra wants to meet Rudy to do some "peace-talks", however, Rudy wants to use this opportunity to finally kill Capra. 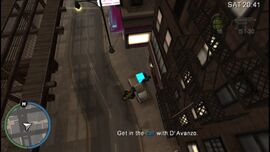 Getting in Rudy's car. 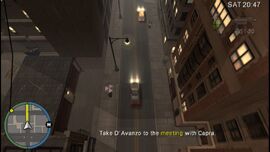 Heading to the meeting. 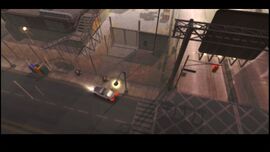 Arriving at the Messina compound. 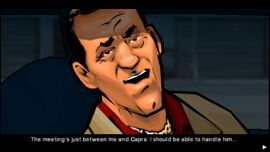 Rudy tells Huang the meeting is just between him and Capra. 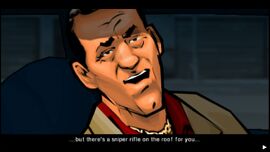 Rudy then tells Huang that he has hidden a sniper rifle on the roof for Huang. 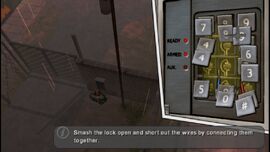 Breaking into the compound. 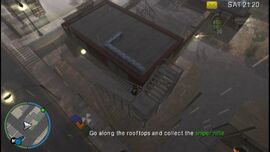 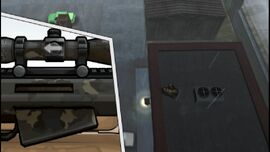 Collecting the sniper rifle on the rooftop. 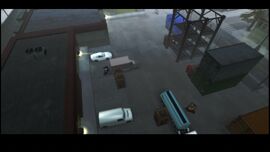 Huang oversees the meeting between Rudy and Capra. 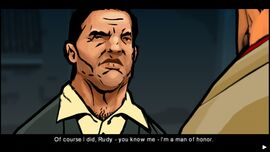 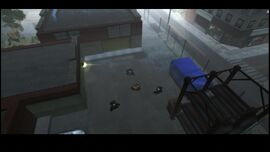 Later on, it is revealed that the meet was all an ambush and Capra's bodyguards start to come. 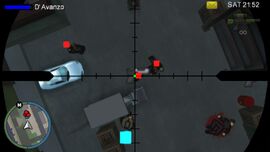 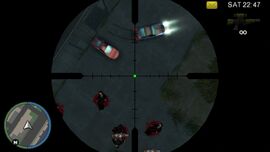 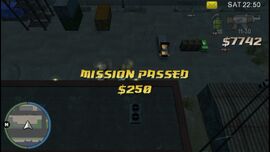 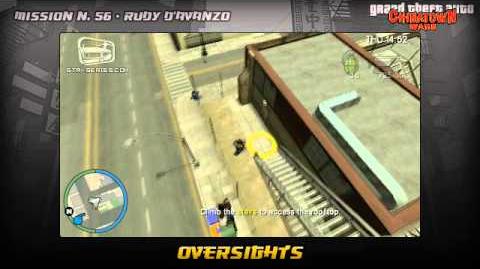 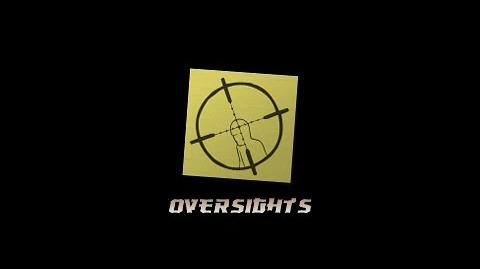 Retrieved from "https://gta.fandom.com/wiki/Oversights?oldid=1320231"
Community content is available under CC-BY-SA unless otherwise noted.