Help Maria Latore find her "zap" in order to cure her overdose, while evading members of Cedric "Wayne" Fotheringay's gang, who wants revenge on Toni for killing him

In-game time
“I need a zap Toni! I'm gonna die! I felt like this before, I've OD'd. Get me a zap, Toni! I left them at the diner at Callahan Point.”
— Maria Latore

Overdose of Trouble is the final mission in Grand Theft Auto: Liberty City Stories given to protagonist Toni Cipriani by Maria Latore from her home in the Saint Mark's district of Portland, Liberty City.

Toni drops by Maria's apartment again, this time finding her close to overdosing on the various drugs she's taken. She tells Toni she needs "zap", so the pair drive to Rusty Brown's Ring Donuts at Callahan Point, where Maria believes she has some zap. As they arrive, however, she remembers that there is a stash behind a trashcan in Hepburn Heights; having appeared in sight of a biker gang meeting at the diner, the two are pursued by the bikers, angry at the pair over the death of Wayne.

Whilst dodging and evading a constant onslaught of hostile bikers, Toni and Maria find that the trashcan in Hepburn Heights has been cleaned out. Maria then recollects having zap in her apartment, leading Toni to rush back to where they started, but learns to his irritation that Maria meant Salvatore Leone's mansion.

Upon arrival at Salvatore's, Maria, still dazed, lashes out at Toni, blaming him for the delays (unknowingly aware that it was her who led him into a wild goose chase) and complains she could have overdosed. After learning that Toni "has no money", she cuts ties with him, reminding him that she is Salvatore's girl and not to hit on her.

There is no monetary reward for completing the mission. However, the Goodfella Outfit is unlocked. 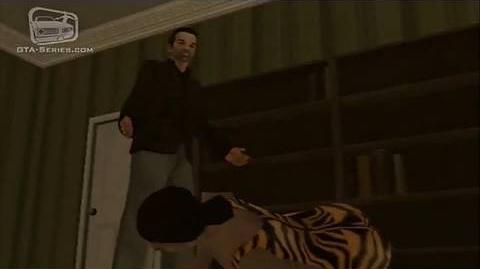 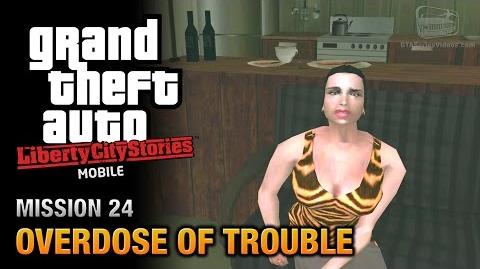