View source
watch 06:00
Wiki Targeted (Games)
Do you like this video?
Play Sound
Not to be confused with Outrider, a mission in Grand Theft Auto Online.

•Drive to the van's location.

•Pick up the escort bike.

•Take out the first roadblock before the van gets there.

•Use the rocket launcher to destroy the roadblocks.

•Clear the next roadblock.

•Clear the next roadblock.

•Make sure the van gets to its destination safely.

Outrider is the final mission in Grand Theft Auto: San Andreas given to protagonist Carl Johnson by the Loco Syndicate from Carl's garage in the Doherty district of San Fierro, San Andreas.

Jizzy B. phones Carl and tells him, in a very suspiciously friendly tone, to get to a car in the Xoomer gas station at Easter Basin. T-Bone Mendez is waiting for Carl there.

He makes his way to the car and sees that nobody is there. As he gets in, T-Bone appears from the backseat and threatens to kill Carl, since he suspects him of working for someone else, and has another true purpose. Carl says he's only working for money, which prompts T-Bone to move the gun away from his face. Mike Toreno suddenly appears and asks if they are done. Since they are, they make their way to a drug shipment nearby.

Carl collects a sniper rifle, as well as a rocket launcher, and hops on a Sanchez. He then destroys the road blocks of Greenwoods created by the Da Nang Boys. After all the four roadblocks are removed, he guards the shipment safely back to the crack factory in Doherty. Once there, Carl tells a San Fierro Rifa gang member to get the van out of sight, as cops will come snooping around real soon.

The rewards for this mission are $9,000 and an increase in respect. The mission Snail Trail is unlocked.

Carl Johnson about to destroy a road block. 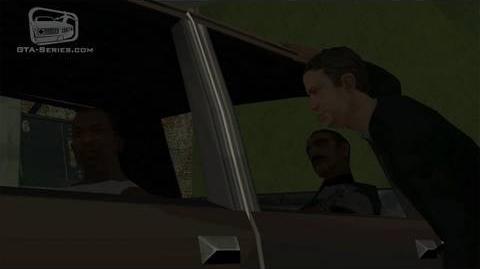 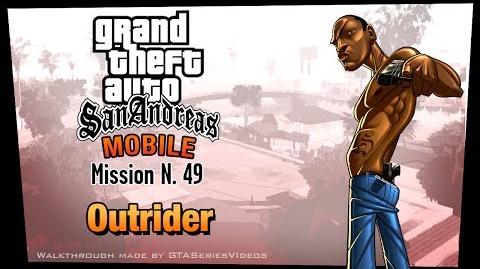 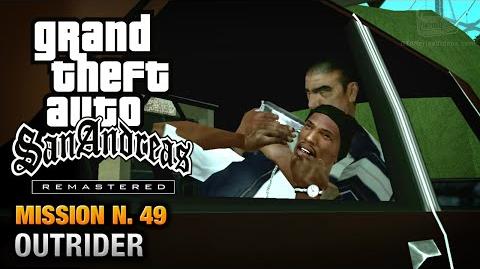