For the modern version in Grand Theft Auto V, see Oracle.
“The ultimate status symbol for the wannabe executive. Let the world know that you're not just a middle-manager anymore. You're a middle-manager who's financially crippled himself with a car he can't afford. Leverage the dream today.”

The Oracle resembles a cross between the BMW E65 and the BMW E60, with doors similar to the older BMW E39. Noticeable differences include its inverted front indicators, a slightly different tail light design, and the lack of BMW's traditional (and trademarked) kidney-shaped grille. In its place is a simplistic rounded rectangular shape resembling that of the second generation Lexus LS, one of the competitors to the BMW 7 Series in the full-size luxury segment. Its skirts rise from front to rear in an exaggeration of a similar effect seen on the E90 3 Series.

The Oracle is a four-door luxury sedan which inherits the general design and role previously filled by the Sentinel and Washington in the 3D Universe (the HD Universe's Sentinel is redesigned into a 2-door sports coupé, and the Washington is redesigned into a less luxurious executive saloon). However, unlike the Sentinel from the 3D Universe, the Oracle is a larger luxury sedan, rather than a mid-sized one.

On the front, the car has a bulky bumper that is designed lower to the ground, having a wide open section with dual horizontal dividers, as well as black housings on the edges with small fog-lamps. Slightly above the open section, there is a central section intended for the number plate, while the sections beside it have silver/chrome strips on the upper borders of the bumper, spanning up to the front quarters. The area above the bumper consist of a rectangular grille with various horizontal dividers on the centre, while large housings with dual headlamps and lower turn signals can be seen on either edge. The bonnet has slightly elevated lines starting near the headlamps and reaching towards the A-pillars of the cabin, while the manufacturer emblem can be seen on the front, just above the grille. There is also a black portion at the base of the windscreen, holding the wipers.

On the sides, the car bears small marker lights on the front fenders, located between the front wheel arches and the front doors. A character line cuts in slowly on each skirt moving from front to back, creating a unique design, while a body line is created on the front fenders and going towards the rear tail lamps, passing through the door handles. On the greenhouse area, its roofline is simplified to cut at a right angle instead of flowing into the lines of the rear doors, bearing silver/chrome trim around the side windows and black inner pillars, as well as black sections for the coloured mirror shells. On the central area, two additional silver/chrome trim pieces separate the roof panel from the rest of the car, extending up to the lower corners of both the windscreen and the rear window. A small, retracted antenna can be seen on the passenger side, near the rear window.

On the rear, the boot lid gives the car a seemingly large profile compared to the front area, having a slightly concave portion bearing the third brake light, a silver/chrome strip on the centre and an inset section holding the number plate, as well as small rectangular reverse lights beside the plate area and below the aforementioned strip. The bottom area of the boot lid is also narrower, bearing silver lettering displaying the names of both the model and manufacturer. On the rear quarters of the vehicle, there are large red tail lamps with smaller turn signals below, which have an angled profile on the inner side due to the shape of the boot lid. On the lower area, the bumper has a similar bulky profile and features as the front one, only that there is a single, uninterrupted silver/chrome strip, as well as a black portion at the bottom with mouldings on the edges, leaving room for the dual exhaust tips.

The vehicle is only available in single-tone colours applied on the bodywork and the mirror shells. It uses a unique set of rims, consisting of a circular dish with five small dual spokes around, wrapped in low-profile tyres.

The Oracle returns in Grand Theft Auto V with the same design and features. In the enhanced version, however, it gains a restored interior that is shared with cars such as the Schafter and the Tailgater. As the game introduced a newer version, it was formerly known as the "first generation" version, before it was officially renamed Oracle XS after the Heists Update.

Again, the vehicle is only available in single-tone colours applied on the bodywork, the mirror shells, and the stitches of the interior. It also gains an updated rim design, being similar to the "LozSpeed 10" high-end/SUV rims seen in Los Santos Customs, wrapped in low-profile tyres.

The Oracle is powered by what looks like a V8 engine, but remains too un-detailed to truly identify it as such. It is able to achieve a decent top speed with satisfactory acceleration. Its handling is superb for a car of its size, and it is durable, owing to its luxury construction. The steering is relatively lifeless however, it can feel a little disconnected from the road, primarily due to the excessive weight and width. The soft suspension means that the car is comfortable on all surfaces. Though, abusing the suspension may cause the wheels to lock in.

The engine sound is shared with vehicles such as the Primo, the Presidente and the Vincent.

The Oracle XS improves on the normal Oracle with better acceleration. However, it has lackluster acceleration, and average top speed. Handling is average, and it can round corners without many major issues most times. It is very much so an understeer-based car, and oversteer is practically nonexistent. Braking is on the lower end for its class. Crash deformation is good, able to take several head-on hits before failing. Overall, the Oracle is one of the lesser coupes, but because the class is very tightly bound, it is not very far away from the top cars. The engine cover remains the same, however it gains a 3D model underneath with intake and exhaust manifolds, revealing the vehicle has a four-cylinder model, contradicting the engine cover. The engine sound itself is much more aggressive than its GTA IV counterpart, being much louder and with notably rough combustion. 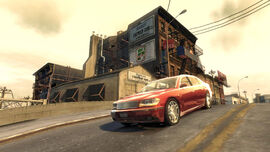 A red Oracle in the beta version of Broker in GTA IV.

Advertisement for the Oracle XS, commonly seen on billboards in Liberty City. 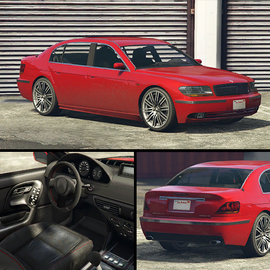 The Oracle XS on the Rockstar Games Social Club. 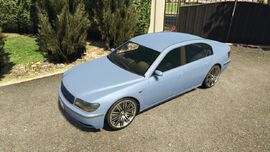 The Oracle XS on the updated Rockstar Games Social Club. 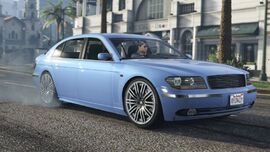 The Oracle XS in the cinematic preview on Rockstar Games Social Club.