Attach a bomb on a fast car and keep an eye on Wade's drug dealer, then give chase to the target

• ­Get a fast car so you can follow the dealer.

• ­There's a garage nearby where you can get a bomb fitted. Take the car there.

• ­Bombs normally cost $500, but Heston was charged for this one.

• ­Stake out Heston's dealer at the bar.

• ­There goes Heston's dealer. Looks like he's in a hurry.

• ­He's getting away. Don't lose him. (Appears every time when the dealer goes too far away from the player)

• ­Watch out. The dealer's a little trigger happy.

• ­Park outside the dealer's hideout before IAD arrives.

• ­Get a safe distance away.

"First, if I'm gonna stay ahead of IAD, I'm gonna need to get off the coke, the heroin, and all the other shit - only, my dealer won't let one of his best customers go so easy. "
―Wade Heston

Wade needs to get rid of his meth addiction if he wants to stay ahead of the IAD, however, his drug dealer have evidence against him and is threatening to give it to the IAD unless he keep buying. Heston asks Huang to kill his drug dealer and destroy all the evidence he have.

After the cutscene, get a fast car; conveniently, someone will park a Banshee outside the apartment. Steal the car to the Bomb Garage in North Holland and drive in to execute a touchscreen minigame, arming the car with a bomb. Drive to the new GPS destination to wait for the dealer.

The dealer hops into a car of his own and starts driving recklessly around Algonquin. Chase after him but don't get too close, as he will shoot the player. It is also unnecessary to fight back. If he gets off the top of the game screen, take note of the tire marks he seems to leave behind everywhere he goes so that he could be trailed.

The dealer will eventually come to a stop at his warehouse in Northwood. Drive the bomb-equipped car to the waypoint marked between a couple of gas tanks and then exit the car. Get out of the area before setting off the bomb, watching the warehouse exploding, thus completing the mission.

The reward of this mission is $200. The mission Torpedo Run is also unlocked and the bomb garage is also accessible.

"Heston's dealer was going to sell him out to IAD.

I chased him down and removed him, and the evidence he had against Heston" 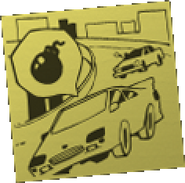 Operation Northwood
Add a photo to this gallery 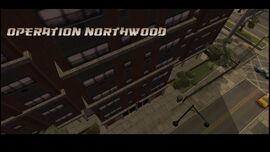 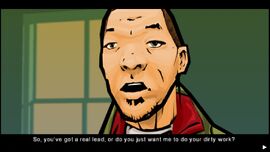 Huang asks Heston if he god a real lead or if he just wanted him to do something to him. 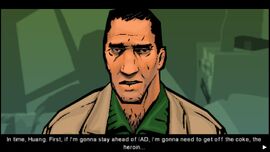 Wade needs to get rid of his meth addiction if he wants to stay ahead of the IAD. 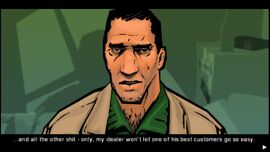 however, his drug dealer have evidence against him... 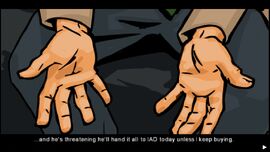 ...and is threatening to give it to the IAD unless he keep buying. 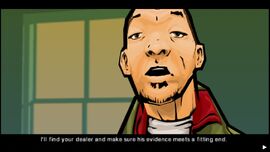 Huang says he's gonna kill him and destroy the evidence. 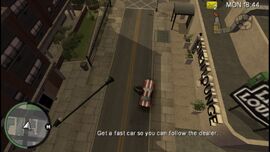 Getting a fast car. 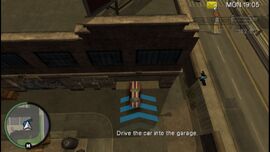 Going to the bomb shop in North Holland. 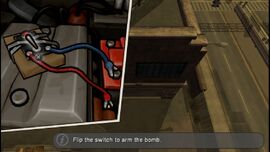 Arming the car with a bomb. 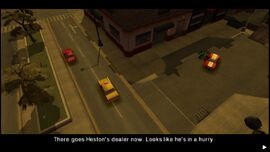 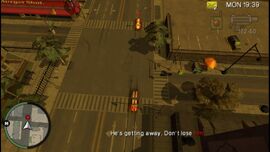 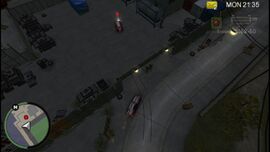 After the chase, the dealer will stop at his warehouse in Northwood. 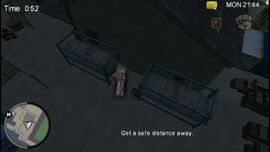 Parking the car between a couple of gas tanks. 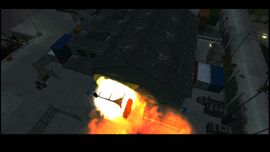 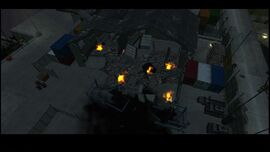 The warehouse after the explosion. 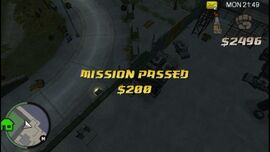 Retrieved from "https://gta.fandom.com/wiki/Operation_Northwood?oldid=1187331"
Community content is available under CC-BY-SA unless otherwise noted.