• ­Get to the Castle Gardens Hotel. The target usually leaves the hotel gardens at around 15:30.

• ­Scan the area. The target is dressed in a white shirt and jeans. He usually leaves the gardens at around 15:30.

Wasted
Busted
Fail to get to the hotel and kill the target before 15:30
The target escapes

"I have some cops on my payroll. They tell me he's the Fed's star witness against Chan. The only thing I want him witnessing is a bullet entering his brain."
―Hsin Jaoming

One Shot, One Kill is a mission given to protagonist Huang Lee by Hsin Jaoming in Grand Theft Auto: Chinatown Wars.

Hsin informs Huang that Chan was released from prison and now is under bail conditions. He discovered that one of the members of Chan's entourage is a FIB informant and a key witness against Chan. He orders Huang to go assassinate the informant, but to do it from a safe distance to not compromise the Triads.

Upon receiving the mission, drive to Castle Gardens and enter the hotel. On the hotel balcony, collect the briefcase to assemble a Sniper Rifle through a minigame. The player now have to shoot the informant (distinguishable as he is wearing a white t-shirt and jeans). He drops a special blue dollar sign upon death, which is worth more than the green dollar signs pedestrians drop. The player has an option to pick up the dropped money. The mission is completed when the player loses the resulting three star wanted level.

Apparently, one of his own entourage sold him to the FIB, and is their chief witness against him.

Hsin got me to impress upon the informer how much we disapproved of his treachery."

Huang assembling the sniper rifle in the iPhone version. 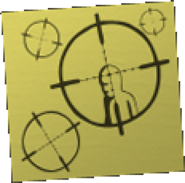 One Shot, One Kill
Add a photo to this gallery 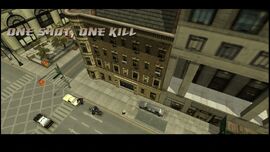 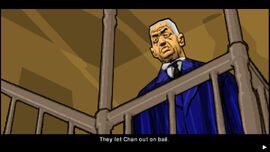 Hsin tells Huang that Chan was released from the prison. 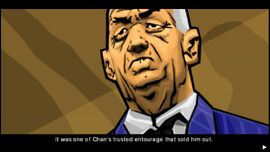 He says it was one of Chan's men who sold him out to the feds. 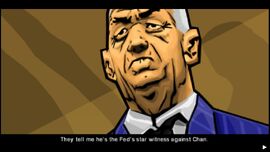 Someone said that there's a FIB informant is a witness against Chan. 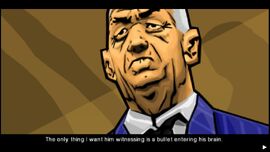 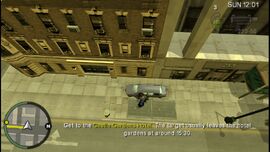 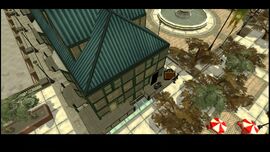 Getting in the balcony of the Castle Gardens Hotel. 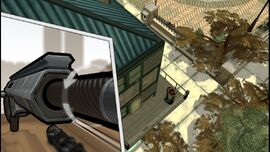 Collect the briefcase and assembling a Sniper Rifle. 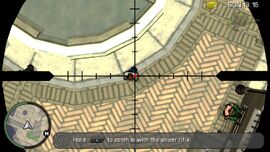 The player now have to shoot the informant (distinguishable as he is wearing a white t-shirt and jeans). 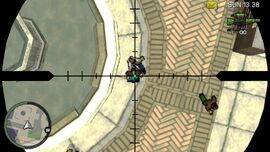 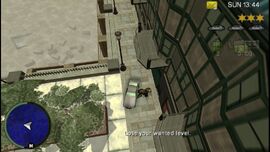 Leaving the Castle Gardens Hotel, the player needs to lose the wanted level. 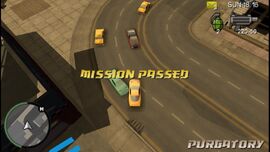 Retrieved from "https://gta.fandom.com/wiki/One_Shot,_One_Kill?oldid=1187326"
Community content is available under CC-BY-SA unless otherwise noted.