21:00
“Some important clients of mine need access to a top-of-the range combat helicopter. Don't ask. According to some worryingly insecure high-clearance systems I've been playing with, the army is doing a training exercise with an Annihilator. So, tiny favor... could you get it for me? They'll probably call in air support, so go prepared. Thx.”
— Description

On Maneuvers is a mission in Grand Theft Auto Online given to the player by Lester Crest. It is available for up to 3 players.

View of the Annihilator at 21:00 during the mission with Rockstar Editor filtering. (Unfiltered image)

Overview of the area at 21:00 during the mission with filtering. (Unfiltered image) 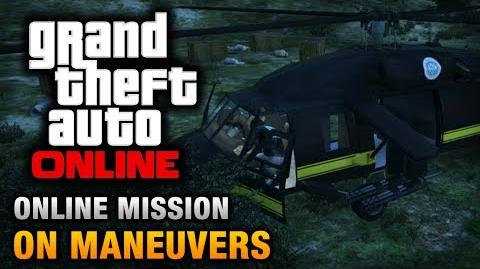