His real name is unknown and nothing is known about his background, apart from he is the leader of the North Side subset of the Los Santos Vagos.

In 2021, during the events of GTA Online: The Contract, the leader was given a copy of the contents of Dr. Dre's cell phone by Johnny Guns, and broadcasts an unreleased song to the public. He and his gang were attacked by the GTA Online Protagonist, with Vernon and The Families, and P and the Ballas, He escapes the scene in his lowrider Buccaneer Custom to the Go Loco railyards in Cypress Flats, but is killed by the Protagonist who gives chase in order to obtain the cell phone copy and return it to Dr. Dre. 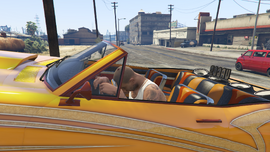 The North Side Vagos Leader dead at the wheel of his Buccaneer Custom. 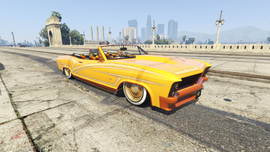