8-Ball at his garage in Pike Creek

Toni Cipriani: "Donald sent me to pick up some... er... hardware."
8-Ball: "A'ight. I got what you boys need, but it's gonna cost. Don said you'd pay me up-front and he'd 'reimburse' you later."
Toni Cipriani: "...I bet he did."
—Toni Cipriani meets with 8-Ball to acquire explosives

Toni goes by 8-Ball Autos in Pike Creek, looking for the hardware he needs to 'clear' part of Fort Staunton in Staunton Island. He gives 8-Ball $20,000 for the explosives, with 8-Ball informing Toni that he needs time to get the explosives and that he'll phone him when he has them.

8-Ball: My man? This is 8-Ball. Your hardware is ready to ship out. (If the player has already completed Toshiko Kasen's missions).

There is no monetary reward for completing the mission (indeed, $20,000 is actually taken from Toni's funds). If the player has completed Cash in Kazuki's Chips (the final mission of the Toshiko Kasen strand), then Bringing the House Down is unlocked.

Toni tells 8-Ball that he came to pick up explosives by the orders of Donald Love.

8-Ball explains that it will take time to make the explosives.

"8-Ball will let you know when the hardware is ready" 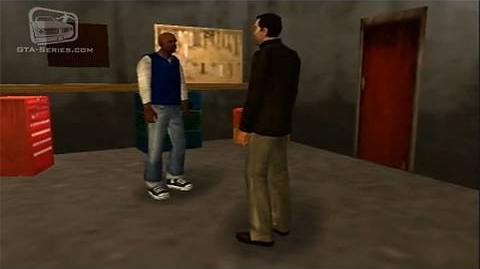 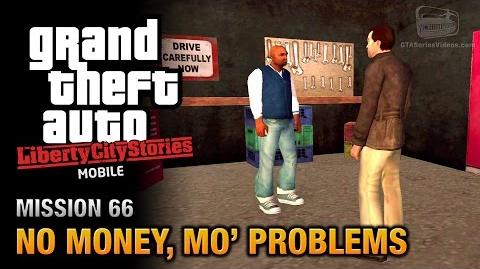