Shakedown
Purchase of the Malibu Club

"I think he's about to get paroled..."
―Tommy Vercetti

No Escape? is a mission in Grand Theft Auto: Vice City which protagonist Tommy Vercetti performs independently. The mission is the first asset mission for the Malibu Club.

Tommy needs a safe-cracker for the bank job he is planning. Ken Rosenberg suggests a man named Cam Jones. However, Jones is currently in police custody awaiting transfer, so Tommy decides to "parole" Jones.

Tommy heads to the police station in Washington Beach and puts on a police uniform. He must not have any weapon drawn, otherwise the police will open fire on him after their first warning. After locating a key card in the station offices, Tommy heads down to the holding cells where Jones is located. Tommy swipes the key card and releases Jones from the cells.

At this point, the police realize Tommy is an imposter and open fire on him and Jones. Tommy and Jones flee the station and drive to a nearby Pay 'n' Spray. After losing the police, Tommy drives Jones to his home in Little Havana. Tommy drops Jones off, who agrees to be a safe-cracker for the heist.

Tommy Vercetti dropping Cam Jones off at his shop.
Add a photo to this gallery 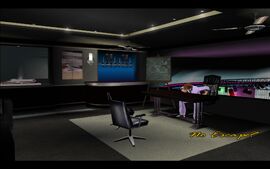 Ken is snorting cocaine in the second floor office of the Malibu Club in Vice Point. 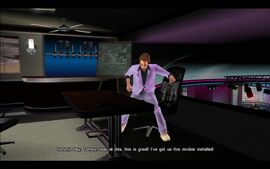 Tommy enters the office and Ken excitedly welcomes him and shows him the mini-bar he had installed in the office. 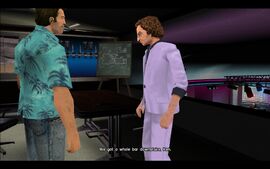 Tommy reminds Ken that they have a whole bar downstairs and that Ken got this minibar for no purpose. 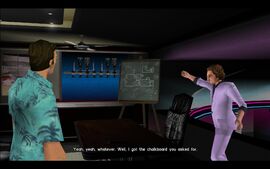 Ken also shows Tommy a chalkboard that he asked for Ken to get. 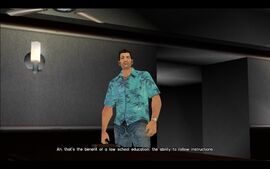 Tommy jokingly comments on Ken being so excited to show Tommy that he followed his orders. 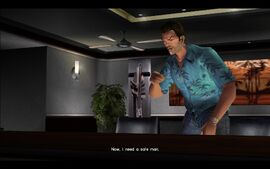 Tommy takes a seat and tells Ken that he needs a safe cracker for a job he has planned. 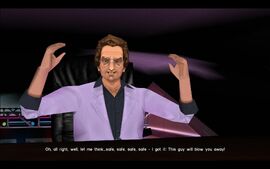 Ken takes a moment and thinks about a reliable guy he knows and comes up with a name... 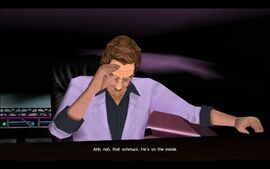 But he then remembers that the guy has been arrested recently and is no good for them. 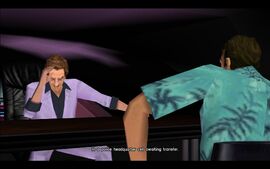 Tommy asks him where the guy is being held and Ken tells him that the man he's thinking of is being held at the Washington Beach Police Station, awaiting transfer to a correctional facility. 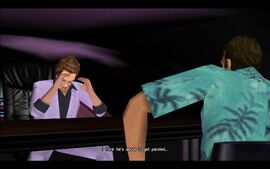 Tommy tells Ken that he's going to go and break the man out. 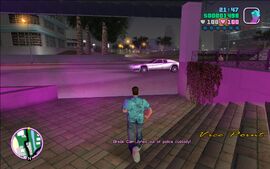 Tommy now has to go and break Ken's man, Cam Jones, out of prison. 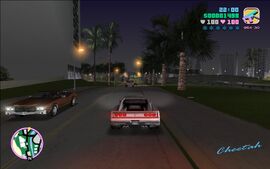 Tommy going to the police station in Washington Beach. 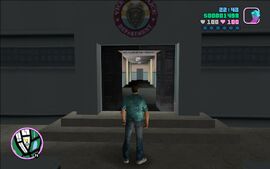 Tommy, about to enter the police station. 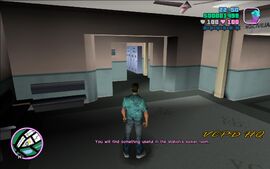 Inside the station, Tommy decides to go to the locker room to see if there's something he could find there. 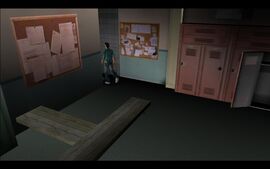 Tommy walking into the showers in the locker room. 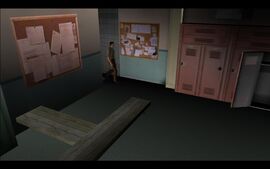 After some time, Tommy walks out wearing a policeman uniform. 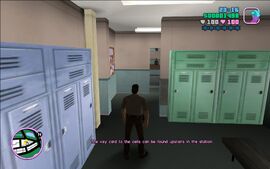 Tommy now has to find a keycard that would let him access all of the cells. 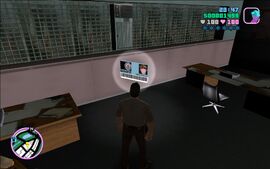 Tommy, about to pick up the keycard left in one of the offices upstairs. 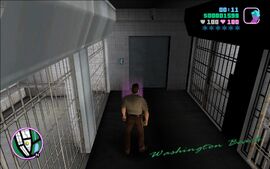 Tommy, about to open Cam's cell. 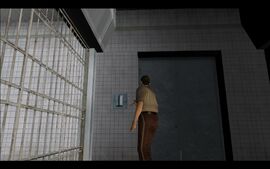 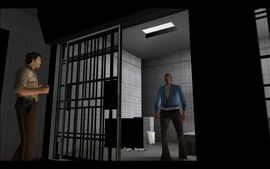 Cam comes out of the cell and Tommy introduces himself. He tells Cam that he's being busted out and Cam agrees. 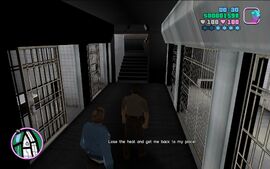 Cam tells Tommy to lose the heat on them and get Cam back to his house. 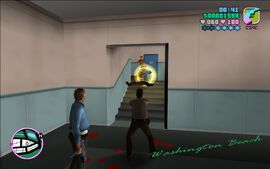 Tommy and Cam fighting their way out of the police station. 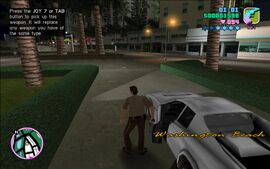 Tommy and Cam getting into their getaway vehicle. 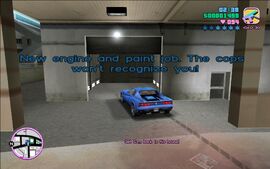 After Tommy evades the cops by repainting his vehicle, he must take Cam back to Cam's place. 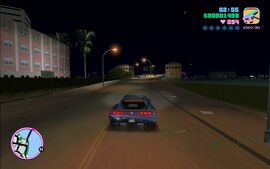 Tommy and Cam going back to Cam's place. 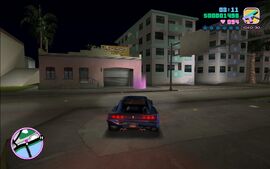 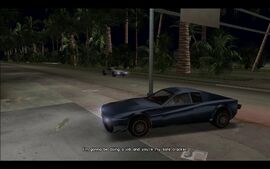 Before Tommy lets Cam go, he tells him about the job he has planned and how Cam could work as a safe-cracker for him as reward for saving him. Cam agrees. 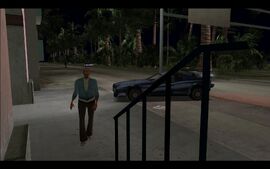 Cam gets out of the car and walks inside. 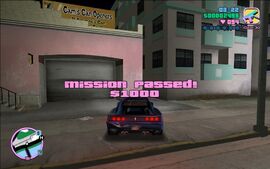 Retrieved from "https://gta.fandom.com/wiki/No_Escape%3F?oldid=1180546"
Community content is available under CC-BY-SA unless otherwise noted.