Vic: "Look, you worked for Marty for years. So in between men, can I rely on you?"
Umberto: "Sure, pappy. If you can prove to me you got some balls."
―Umberto Robina sends Victor Vance on a mission to demonstrate his courage.

Nice Package is the first mission in Grand Theft Auto: Vice City Stories, given to protagonist Victor Vance by Umberto Robina, leader of the Cubans, from his home in Little Havana, Vice City.

Victor was paged by Umberto who wants to talk to him. Upon arriving at Umberto's home, he starts to joke about Victor and he angrily threatens Umberto with a handgun. While Victor asks Umberto about how he knew Marty Jay Williams, Victor also asks him about opening an alliance with each other, but Umberto refuses and wants Vic to show his "balls" first. When outside Victor and a Cuban gang member get in the parked Cuban Hermes and go after the package being driven by another Cuban and being chased by more Cubans. After a chase Victor picks up the package and takes it back to Umberto.

The reward for completing this mission is $750. The mission Balls is unlocked.

After dropping off the package, a news reporter interpreted as one of many street races around Vice City and she added that in some cases, weapons were fired, regardless of whether the player used weapons. 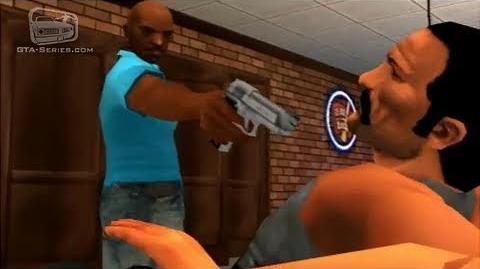