Incinerate some cars and a store

• ­Go to the gas station to make some molotoves.

• ­Use the molotovs to destroy the cars.

• ­Stop the fire truck before it puts out the flames.

"Even simple store owners are choosing to forget that their security is best served by the noble protection I extend them. If they refuse to pay for my services, how am I supposed to look after them? It's for the greater good that they realize bad things like explosive fires, accidental deaths and such like, happen to those without my protection."
― Kenny Lee

Natural Burn Killer is a mission in Grand Theft Auto: Chinatown Wars given to protagonist Huang Lee by his uncle and Lee Family head Wu Lee.

Some shopkeeper has been complaining about "not enough protection" and Kenny wants to show that his protection is enough. He tells Huang to destroy some cars at the Spanish Lords car lot and torch down a shop. But first, he tells Huang to get some Molotov Cocktails.

Go get the molotovs in the nearest RON gas station. There is a choice of quater tank for $100, half tank for $150 or full for $200. For this mission, however, it will be free. Drag the fuel pump into the bottles and insert a rag to make one. Continue that until the fuel runs out(the player will possibly end up with 10-19, depending on his skill and the console he is playing on, but that's enough)

Once the player got them, head over to the Spanish Lords car lot first. Jump over the closed gate and set the cars on fire. Then, burn down the store nearby. The more the player throws, the faster it'll burn down. If the player run out, he can pick up a few nearby. Destroy the two firetrucks that will try to put the fire out or pull out the driver, and get the firetruck out of the way.

Once the store's torched into flames, the mission is complete.

The reward for completing this mission is $50. The mission Recruitment Drive is unlocked.

"Uncle Kenny had trouble from some store owners who pay him protection.

I had to make an example of one of their stores.

Harsh? Maybe, but the store's bound to have regular insurance, so now the owner can clean up too.

Who'd have thought it? I'm actually a public benefactor, when all along I thought I was just a hired thug."

Huang throwing molotovs to the store. 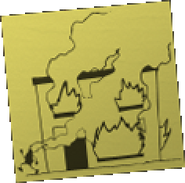 Natural Burn Killer
Add a photo to this gallery 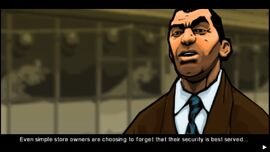 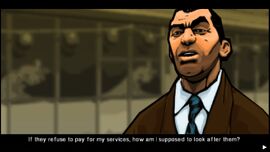 It seems they are refusing to pay for Kenny's protection. 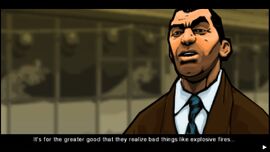 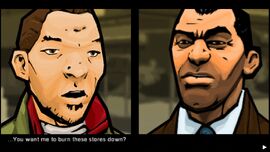 Huang asks if Kenny is sure he wants him to burn the store. 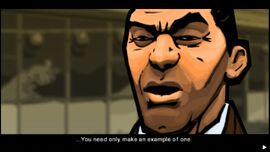 Kenny says he just needs to make an example of one. 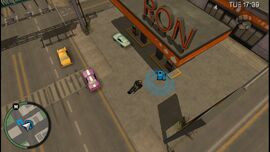 Huang heads to a filling station. 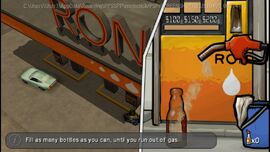 Huang fills the bottles with gasoline. 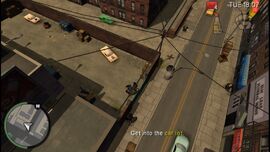 Huang goes to Tinconderoga Avenue in East Island City, Dukes. There he goes to the parking lot where the Spanish Lords cars are. 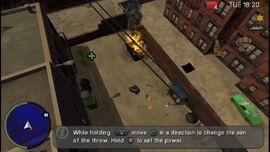 Huang destroys the cars using the Molotovs he made. 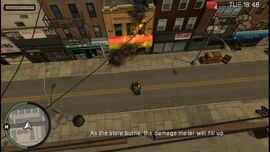 Then he sets the store on fire. 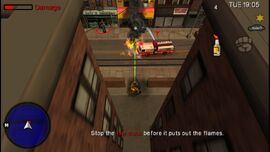 Some fire trucks appears, but Huang manages to stop them. 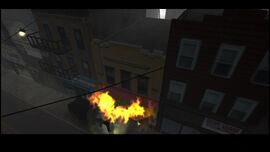 The store is on fire. 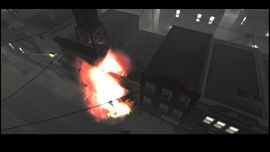 Then an explosion happens, destroying the store. 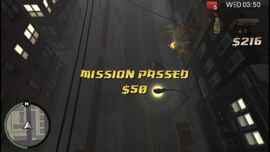 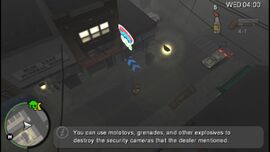 The player can use the molotovs or grenades to destroy those security cameras that the drug dealer mentioned in the previous mission.

Retrieved from "https://gta.fandom.com/wiki/Natural_Burn_Killer?oldid=1212634"
Community content is available under CC-BY-SA unless otherwise noted.