View source
watch 02:59
Metroid Dread - The Loop
Do you like this video?
Play Sound
For the nightclub, see The Music Locker.

Music Locker Radio (also simply referred to as The Music Locker and MLR) is a radio station in Grand Theft Auto Online added just after the The Cayo Perico Heist update, on December 22, 2020. It plays House, disco and techno music.

“Later this December, The Music Locker will debut its own radio station, bringing the sets and sounds of the hottest new club in Los Santos above ground and onto the airwaves. Featuring mixes from Keinemusik, along with genre-defying sets from Palms Trax and Moodymann, The Music Locker will be the go-to destination for house, disco and techno.”

The station is hosted by an unnamed female continuity announcer, and it plays setlists from the resident DJs from The Music Locker nightclub. The stations plays four different mixes (Moodymann, Palms Trax, Keinemusik's Club Set and Beach Set). Although the songs played are the same heard inside the club and at the Cayo Perico Beach Party, they play in a different order on the radio station.

Prominent Appearances in the Storyline 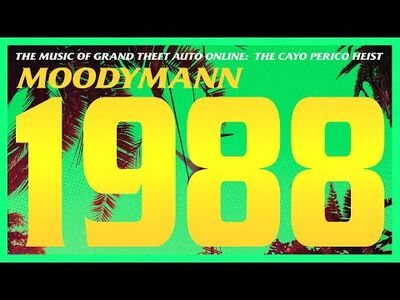