In-game time
For the character, see Solomon Richards.
“Michael gets his first job in the movie business.”
— GTA V description at Rockstar Games Social Club
“Alright spray tan, we're gonna make a new deal. You leave my people alone and I don't toss you off this roof.”
— Michael De Santa to Rocco Pelosi

Mr. Richards is the first mission in Grand Theft Auto V to be given to protagonist Michael De Santa by Solomon Richards.

Michael goes to the Backlot City movie studio to meet Solomon Richards. Solomon complains to Michael that Milton McIlroy, one of the stars of his upcoming film Meltdown has received a new agent, Rocco Pelosi, and is holding out for more money. The film's director, Anton Beaudelaire, is also causing problems, having a mental breakdown and refusing to begin production. Solomon asks Michael to talk to the star and director and convince them to return to the film. Michael agrees.

Michael drives to the location in East Los Santos where Rocco, Milton and Anton are holed up. On the way, Solomon calls Michael and tells him that Rocco is expecting trouble and so will quickly move the star and director if he detects any intruders. Michael agrees to go in stealthily. After reaching the location, a cinematic sequence shows a Frogger landing on the location's roof, after which Rocco tells Milton and Anton that he needs to take care of a few things and then they will leave, before it ends and resumes player control of Michael, who then needs to sneak into the building and up to the roof, either avoiding or using stealth attacks on the various employees working there. Once Michael arrives on the roof he is confronted by Gianni, then Rocco reappears with his other goon who draws a Pistol. Rocco waves him off saying he will take care of it. He and Michael engage a fist-fight. When Michael has defeated Rocco, Michael enters the helicopter with McIlroy and Beaudelaire.

Michael tells Milton and Anton why he is there. The actor and director both state they will not be intimidated, so Michael pilots the helicopter erratically to convince the two to change their mind. The player can fly at high speeds, close to buildings, and under bridges until Miltonand Anton relent. After that, Michael flies them back to Backlot City where Milton and Anton speak to Solomon and agree to go back to work.

"Dismissing reports of squabbles with legendary producer, Solomon Richards, Milton McIlroy told reporters yesterday that rumors of his unhappiness were "gross exaggerations". 'Meltdown', which is set in Liberty City but being filmed on set in Los Santos, has been a source of near limitless innuendo with both actor Milton McIlroy and director Anton Beaudelaire apparently miserable. Mcllroy dismissed these stories yesterday - he told me via phone "look, making movies is hard. Otherwise any idiot could do it, and trust me, I'm not just any idiot. Of course, we've had squabbles - we"re all passionate prima donnas used to getting our own way, but trust me, this picture, it's like a return to the golden age of Vinewood - it just makes the financial crisis seem so interesting and understandable. People will love it."

Milton agrees Solomon to go back to work. 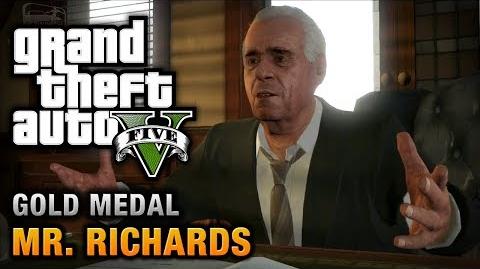 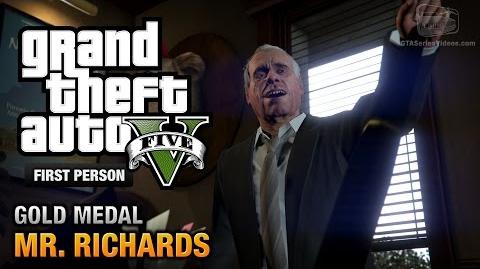 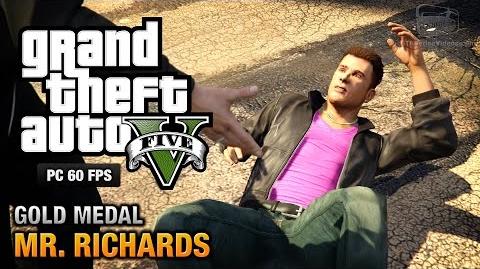