Wasted
Busted
Woozie dies
Straying too far from the alley

"Straight to the facts; I can't use your help unless I'm open with you about who I am and what I do. Let me re-introduce myself... I am the boss of the Mountain Cloud Boys."
— Wu Zi Mu

Mountain Cloud Boys is a mission in Grand Theft Auto: San Andreas given to protagonist Carl Johnson by San Fierro Triads leader Wu Zi Mu from his apartment in the Chinatown district of San Fierro.

Carl arrives at Woozie's apartment and is led upstairs by Guppy, a Triad, who informs Carl that Woozie is actually blind and blessed with unbelievable good fortune. Woozie "reintroduces" himself to Carl and says that he needs to meet a Triad who missed a meeting last time. Carl and Woozie drive over to the warehouse where the missing Triad is found. Upon arriving an usually locked gate is suddenly open and Woozie bumps into a dead Triad while the place is surrounded by flames. The door to a garage opens and the Triad inside informs Woozie about the Da Nang Boys having wiped out the Blood Feather Triads just as more of them arrive at the alleyway. Carl helps Woozie kill all the Da Nang Boys and after finishing everyone off, they escape in a Sentinel while two more Da Nang gang cars arrive and start attacking them. Woozie destroys both the cars and Carl drives him back to his apartment.

Completing this mission rewards the player with $5,000 and increased respect. The mission Ran Fa Li is unlocked.

Carl involved in a shootout. 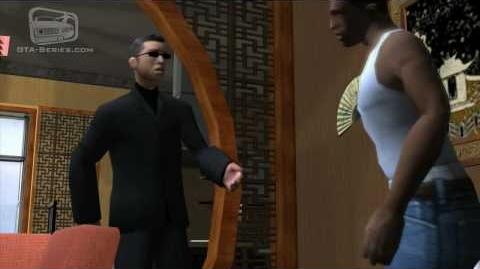 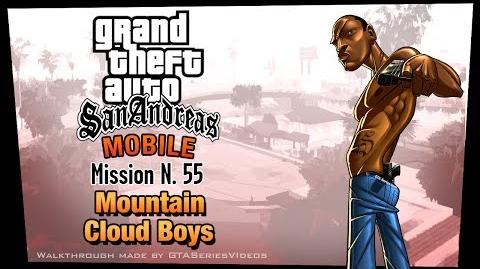 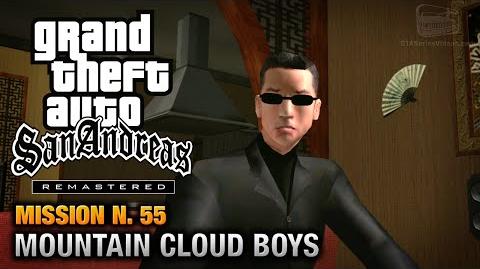 Retrieved from "https://gta.fandom.com/wiki/Mountain_Cloud_Boys_(mission)?oldid=1096104"
Community content is available under CC-BY-SA unless otherwise noted.