Donald Love: "I'm back! Back from the dead, Toni! Risen anew, like a phoenix from the ashes. Like Lazarus... yes... Lazarus Love! Ah, I'm going to be rich again! Panlantic are going to pay me a fortune to see this deal through! We did it Toni!"
Toni Cipriani: "Whatever."
Donald Love: "It's time for a little soiree with a very exclusive guest list. Come on!"
—Donald Love telling Toni Cipriani that he wants to hold a new morgue party to celebrate.

Donald is now jubilant, knowing that his deal with Panlantic will make him rich once again. To celebrate, he wants to hold a new morgue party, but needs the corpses of Avery Carrington and Ned Burner if he is to dine. He and Toni leave the flophouse to collect one of the corpses and upon collecting one, takes it to Donald's hangar at the airport. Toni then leaves to collect the other, returning before the airport authorities realize that they have entered the airport. Ned's corpse is in a hearse at the church in Bedford Point, Staunton Island, whilst Avery's is on the way to the pathology labs in an ambulance on Shoreside Vale.

Donald Love: Toni? Donald here. If the Panlantic deal is to come to fruition we're going to need to, um... how can I put this delicately... 'clear' a small section of land in Fort Staunton.

Donald Love: Toni, you see through me. Go and see 8-Ball. I'm sure he can provide us with the necessary hardware.

The reward for completing the mission is $2,000 and the No Money, Mo' Problems mission is unlocked. 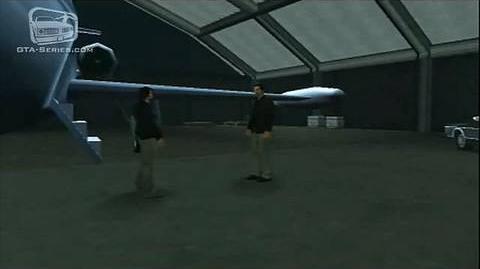 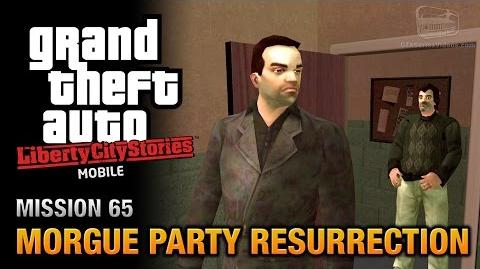