More Deadly Than The Male

Toshiko Kasen: "This man I want you to destroy is my husband: Kazuki Kasen. Don't worry. For your services you will be handsomely rewarded."
Toni Cipriani: "Well what if I say no?"
Toshiko Kasen: "You won't... because while I merely want him dead, you need him dead. In truth, you have already dealt him a severe blow, Mr. Cipriani. However, he is taking delivery of more munitions today. I want you to steal those weapons from right under his ignorant nose."
—Toshiko Kasen tells Toni Cipriani about her husband.

More Deadly Than the Male is the first mission in Grand Theft Auto: Liberty City Stories, given to protagonist Toni Cipriani by Toshiko Kasen, the wife of Yakuza leader, Kazuki Kasen, from her apartment in the Torrington district of Staunton Island, Liberty City.

Toni arrives at Toshiko's apartment in Torrington, knowing nothing about her. She explains, however, that she wants her husband, Kazuki, to be humiliated and destroyed before being killed. She says that Toni dealt the Yakuza a big blow by destroying their tank but that Kazuki is re-arming, with a shipment coming in soon. Toni leaves and drives to a dock in Bedford Point and kills the Yakuza men guarding the shipment. Toni steals the Speeder and drives it to a dock in Rockford/Aspatria, avoiding more Yakuza men in boats. Toni then gives the weapons to business owner Phil Cassidy.

The reward for completing the mission is $2,000. The mission Cash Clash is unlocked. The Minigun becomes available for purchase at Phil Cassidy's Fully Cocked Gun Shop in Bedford Point. 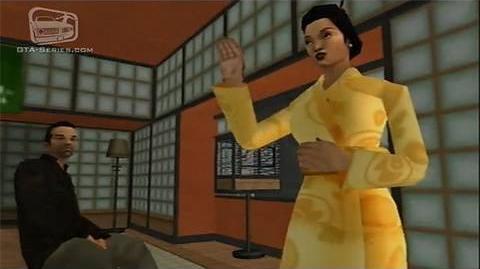 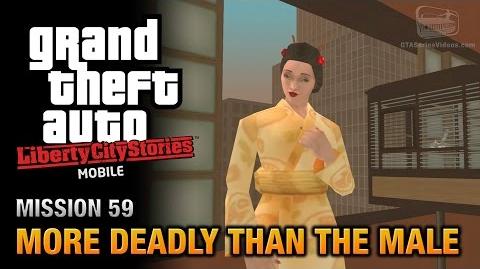