Lee Majors
“This whole damn country needs a kick in the ass, and we're the ones to deliver it.”
— "Big" Mitch Baker

Baker is a war veteran, as well the leader of the Vice City Bikers.

Baker is a Vietnam veteran, and apparently earned a Purple Heart while killing a village full of Viet Cong. He believes that Vice City's police mistreat veterans (or at least, disaffected and violent ones such as himself), which has consequently led to innumerable clashes and 13 (presumably brief) stints in jail. He runs a local biker gang from The Greasy Chopper bar and is extremely loyal to his "family".

Tommy Vercetti has to earn Baker's respect before he can get the gang to provide security for a Love Fist concert. This is because when Kent Paul, the manager of Love Fist tried, as Mitch tells it, "He went out of the window in nothing but his limey birthday suit" - this arrangement may be a parallel to the disastrous Rolling Stones concert at Altamont Speedway in 1969.

Tommy starts working for Mitch. Firstly, Mitch tells Tommy that he needs to prove himself in a bike race, in which Tommy won. Mitch later reveals that he knows Tommy's history and tells him to cause chaos in the streets, "to show who's the boss".

Finally, Mitch asks Tommy to re-take his bike, an Angel, from the Sharks, who stole it. Tommy succeeded in retaking the bike, and Mitch agrees to provide security for the Love Fist show.

“It's Baker. I just wanted to say I really enjoyed the show. Me and the boys want to thank you, and remind you, you got our respect. Good day. Keep riding hard, son.”
— Mitch to Tommy

After the show, Mitch calls Tommy, saying that he enjoyed the show, and finally, saying Tommy to take care himself.

Mitch Baker has a tough, assertive and occasionally aggressive personality and attitude; however, after a few missions for Mitch, the player learns that he has become somewhat sedentary, doing not much except "messing around" in the Greasy Chopper with his club mates, arm wrestling and playing pool and pinball games. That said, he's apparently prepared to spring into action if he deems it necessary—when his bike is stolen by a local street gang, he says, "Me and the boys were going to go down there and teach them a lesson, but then I got to thinking..." 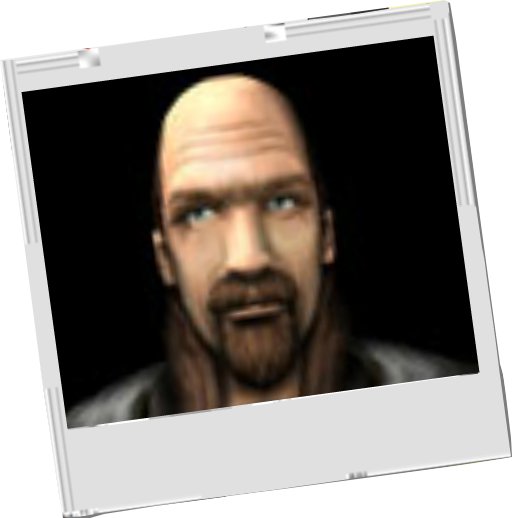 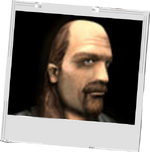 “Land of the free? I don't think so. I Mitch Baker, did not fight and maim and kill in Vietnam for this. I will ride until I die.”
— Big Mitch Baker

Mitch ordering to Tommy to cause chaos in the city.

Screenshot of Mitch with Tommy.