View source
watch 02:56
Raise a Floppa - The Loop
Do you like this video?
Play Sound
For the mission, see Mike Toreno (mission)
Definitive Edition

James Woods
“You just don't understand, do you, kid? It's all white knights and heroes. We have to make decisions, kid. You know, I try to set bad people on other bad people. And sometimes, I let good guys die.”
— Mike Toreno to Carl Johnson in Interdiction.

Little is known about Toreno's background, other than the fact he is an undercover agent from an unknown government agency who disguises himself as a drug supplier for and leader of the Loco Syndicate.

Carl Johnson first encounters Toreno when he and Cesar do some snooping with a Ballas drug van apparently headed for Angel Pine. When Carl and Cesar arrive at the rendezvous, they witness a meeting between Carl's former friend Ryder and the leading members of a drug cartel known as the Loco Syndicate, Jizzy B., T-Bone Mendez and Toreno himself.

The first time Carl personally meets Toreno is during Carl's brief tenure as Jizzy's hitman, after Toreno is abducted by a gang of Da Nang Boys who are stealing one of the syndicate's drug vans with the agent inside. CJ and T-Bone locate the vehicle at the Easter Bay Airport, and free Toreno. The agent is immediately suspicious of Carl and pulls a gun on him, but T-Bone convinces Toreno not to shoot him. All three then destroy the van, with the cocaine still inside, in order to eliminate any evidence.

Following the death of Jizzy B., the Triads plan to ambush the Syndicate's drug purchase at Pier 69. Carl assists them with a sniper rifle, but Toreno, who arrived by helicopter, notices Carl's victims on top of the pier buildings and aborts his landing. Carl later tracks the helicopter to another location and destroys it with a Rocket Launcher, seemingly killing Toreno.

Toreno, however, was never on the helicopter. After the Loco Syndicate Crack Factory is destroyed in San Fierro, Toreno goes incognito and, using a digitally-distorted voice, calls Carl to invite him to a ranch in Tierra Robada. Carl is shocked by Toreno's survival, and curses him as a mere drug dealer but Toreno reveals that he is in fact a government agent, and explains that he was distributing the cocaine to raise funds for overseas dictators and "useful" drug suppliers.

Toreno makes Carl an offer: if Carl works for him, taking down enemy agents and sabotaging rival agencies, no harm will come to Carl's now-incarcerated brother, Sean. If Carl does enough work for Toreno, Sweet will be granted an early release.

Toreno's assignments, which include commandeering a rival agency's truck and shooting down FBI choppers from a plateau, strike Carl as almost impossible.

Later, Toreno sends Carl to purchase the Verdant Meadows Aircraft Graveyard, a derelict landing strip in Bone County, and use the facility to have Carl trained as a pilot. Afterwards, he immediately assigns Carl with jobs involving what he had learned from training. One time, he tasks Carl to deliver a package halfway across the state using a plane. At one point, a container jet lands without warning at the airstrip, and men in black suits and sunglasses empty out of it. Toreno instructs Carl to sneak on board, bomb the plane and parachute back onto land safely.

While Toreno initially dismisses Carl as street trash, and uses Sweet as a bargaining chip to ensure Carl's obedience, his attitude changes as Carl proves his ability to get seemingly impossible jobs done, and he begins to display a level of trust with Carl, despite still thinking nothing of sending him on dangerous errands. After a lengthy hiatus, Toreno eventually returns and gives Carl one last job. He personally drives Carl to a bay just outside Blueberry in Red County, and sends him to infiltrate an LHD and steal a V/STOL fighter jet from the Easter Basin Naval Station. Carl successfully takes the jet, shoots down enemy planes and takes out several boats at the Sherman Reservoir. Carl is then exasperated with the danger he has been exposed to, and his rage only increases when Toreno leaves him to deal with the burden of the stolen jet.

Toreno shows up unannounced yet again in the mission Home Coming, and tells Carl that he has one more mission. Carl snaps and holds a gun to Toreno's face, but Toreno is unperturbed and tells him he should be getting a call. At that point, Carl receives a phone call from Sweet, who has been released from prison — true to his word, Toreno has secured Sweet's release. Carl asks Toreno about the "job", which Toreno explains is to pick up Sweet. Carl leaves to pick up his brother and Toreno is never seen again.

Philosophically, Toreno is a highly cynical American imperialist. He primarily uses Carl as a courier, saboteur, and assassin. Though he knows of Frank Tenpenny and Eddie Pulaski's corrupt natures, Toreno does not use his power to stop them. He tells Carl in one mission, "we have to make decisions, kid. You know, I try to set bad people on other bad people. And sometimes, I let good guys die." Toreno, like Tenpenny, seems to have gravitated toward committing heinous acts in the name of a greater good, but unlike Tenpenny, Toreno is not corrupted by his power. He equates maintenance of the American socioeconomic system with the continued survival of the free world. Unlike many other bosses Carl works for, Toreno appears to be a man of his word, as he fulfilled his promise to Carl and secured his brother's early release from prison. 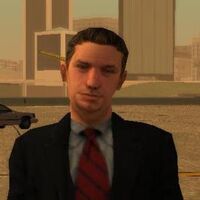 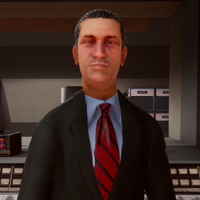