In-game time
“I got a little job for you pal. The Forelli brothers have owed me money for too long and they need to be taught some respect. Lips Forelli is stuffing his fat face in St Marks Bistro, so steal his car and take it to 8-Ball's bomb shop up in Harwood. You know 8-Ball right? Once he's fitted it with a bomb, go park the car where you found it. Then sit back and watch the whole show. But hurry up, he won't be eating forever.”
— Joey Leone

Mike Lips Last Lunch is a mission in Grand Theft Auto III given to protagonist Claude by mechanic Joey Leone from his garage in Trenton, Portland, Liberty City.

Claude walks in and is told by Joey Leone that the Forelli brothers owe him money and that he is tired of waiting, needing Claude to teach them some respect. He tells Claude that Mike Forelli is eating at Marco's Bistro in Saint Mark's and tells Claude to rig a bomb to Forelli's car using 8-Ball's bomb shop in Harwood. Claude leaves and drives to Marco's Bistro, stealing Mike Forelli's car. He drives it to 8-Ball's bomb shop, has the bomb rigged and returns the car to its original location. Forelli slowly leaves Marco's Bistro and after starting his car, is killed as the bomb detonates.

The reward for completing the mission is $10,000 and the next mission, Farewell 'Chunky' Lee Chong, is unlocked. 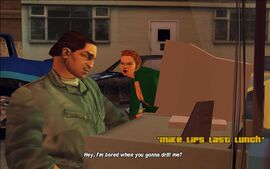 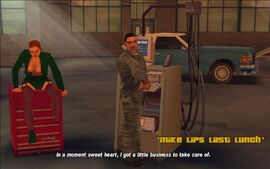 Misty asks Joey to "drill" her, but Joey tells her to wait and goes to talk with Claude. 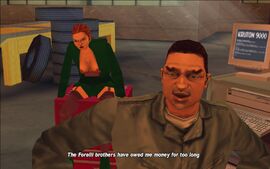 Joey tells Claude that the Forelli Brothers owe him money. 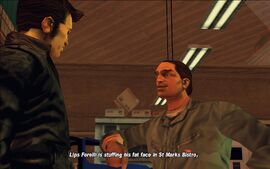 Joey proceeds to inform Claude that Mike Forelli, one of the brothers, is currently dining at Marco's Bistro in Saint Mark's. 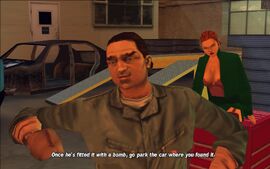 Joey orders Claude to steal Mike's vehicle, arm it with a bomb and then return it, so that Mike explodes. 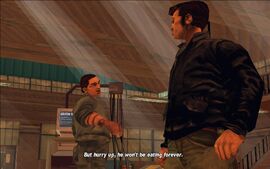 Before Claude goes, Joey reminds him that he has to hurry up, as Mike will not be eating forever. 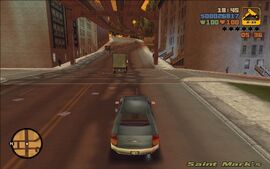 Claude on his way to Marco's Bistro. 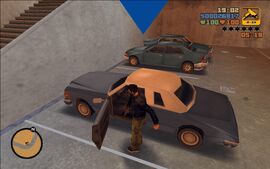 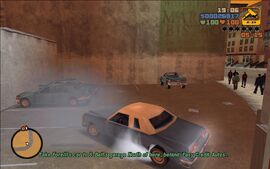 Claude is tasked with going to 8-Ball's garage in Harwood and placing a bomb in the car. 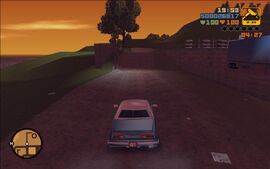 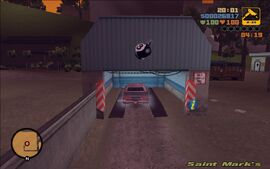 Claude getting the bomb put into the vehicle inside 8-Ball's garage. 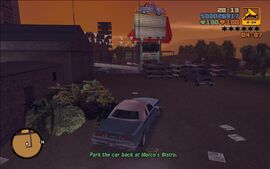 Claude has to hurry and bring the car back to the restaurant. 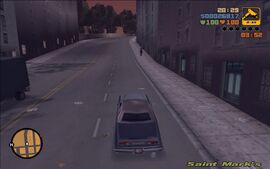 Claude on his way back to Marco's Bistro. 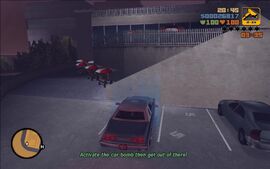 Claude parking the Idaho back in its spot and arming the bomb. 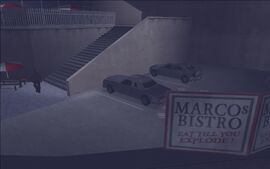 Mike Forelli walking out of the restaurant. 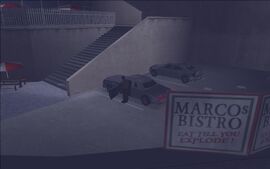 Mike Forelli getting into his car. 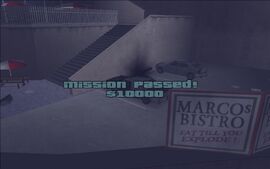 Mike Forelli walks to his car