View source
watch 02:59
Metroid Dread - The Loop
Do you like this video?
Play Sound
You may be looking for the Korean Mob from GTA IV, or the Kkangpae from GTA V.

It is later revealed that a splinter group within the Midtown Gangsters was found to be the culprit behind the entire event. 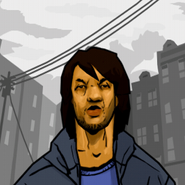