Michael Graves is the Conservative candidate for the upcoming gubernatorial election for the State of Liberty. Graves' opponent is the "Conservative-Liberal" John Hunter. One of Graves' radio campaign ads urges his supporters to phone John Hunter and tell them they'll be voting for Michael Graves, and call Hunter a "fat bald prick" before they hang up.

A Michael Graves campaign billboard can be seen in Northwood, facing south along the Northwood Heights Bridge.

Graves has been charged with sexually harassing employee's children and has also been alleged to have spent $400,000 of senatorial campaign funds on a vacation home in the Philippines. He has been arrested on two other occasions, once in 1999 for a criminal sexual act and again in 2003 for a campaign finance law violation. 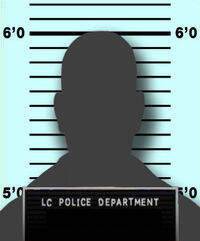 Michael Graves' billboard.
Add a photo to this gallery

Retrieved from "https://gta.fandom.com/wiki/Michael_Graves?oldid=1219727"
Community content is available under CC-BY-SA unless otherwise noted.