"Big" Mitch Baker: "Being one of us ain't just about brawlin'. It's about being part of a family."
Tommy Vercetti: "Yeah, I've been part of a family before alright. It didn't work out."
"Big" Mitch Baker: "Yeah, right, but this family takes care of its own. We don't ask a man to do the dirty work and then let him do fifteen years hard time. Yeah, that's right. I've done my homework. This here's the biggest family of misfits, outcasts and badasses. Hell, some of us has even been betrayed by our own country."
Tommy Vercetti: "I was locked up during 'Nam. Ugly business."
"Big" Mitch Baker: "Which is why I'm gonna ask you to go mess with the man. This whole damn country needs a kick in the ass, and we're the ones to deliver it. So get out there, grab a bike and show this city how pissed you are!"
Tommy Vercetti: "Alright, alright."
—"Big" Mitch Baker instructs Tommy to "kick the city's ass."

Messing with the Man is a mission in Grand Theft Auto: Vice City given to protagonist Tommy Vercetti by Bikers leader "Big" Mitch Baker from The Greasy Chopper in Downtown, Vice City.

Tommy drops by The Greasy Chopper once again, looking to see if Mitch agrees to pull security for Kent Paul's concert with Love Fist.

Mitch however still doesn't agree, knowing that he wasn't proven 'badass' enough to earn their protection, angrily saying that his family composes of hard bad ass'. To prove his word, he instructs Tommy to go out and "kick the city's ass." Vercetti goes out and starts causing carnage; destroying vehicles, shooting pedestrians and attacking the police.

In under two minutes he proves himself and earns more trust in the Biker Gang. 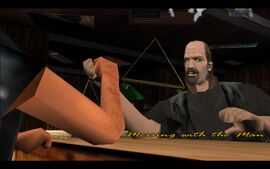 Mitch is winning an arm-wrestling match with one of his boys in the Greasy Chopper bar. 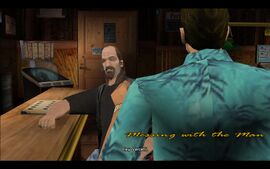 He quickly notices Tommy and greets him. 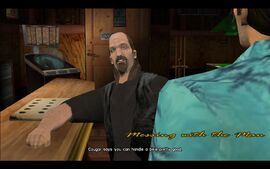 Mitch says that he was notified by Cougar that Vercetti can handle a chopper well. 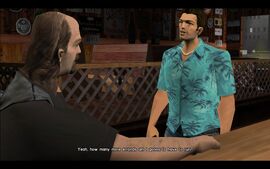 Tommy instead asks Mitch how much more errands he'll have to run before the Bikers clan agrees to act as security for the Love Fist gig, as Tommy says he's a very busy man. 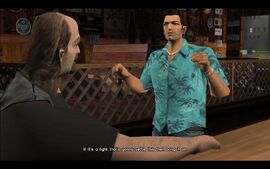 Tommy says that if it's a brawl that'll make the bikers act as security, then they can fight right now. 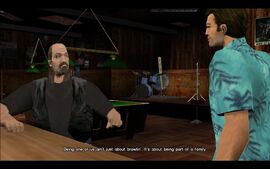 Mitch tells Tommy that their motorcycle club is not just about brawling, but about being a part of a family and being able to trust each other. 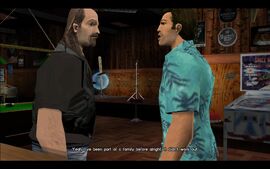 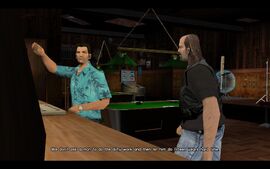 Mitch responds to Tommy's dismissiveness by saying that the Bikers will not ask Tommy to do their dirty work for them and then leave him to rot in a jail, referencing Tommy's previous ties with the Italian mafia in Liberty City. 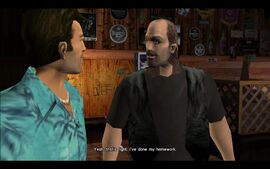 Tommy is surprised by Mitch and Mitch comments saying that he's "done his homework" and that he knows all about Tommy's past. 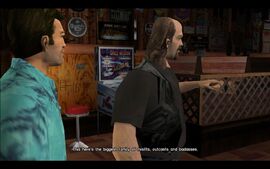 Mitch tells Tommy that their motorcycle club is the "biggest family of misfits, outcasts and badasses" and that Tommy belongs with them. 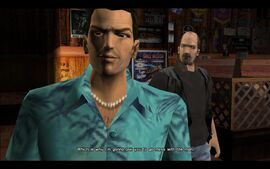 But Mitch once again asks Tommy to go and mess with the man in order to prove he hasn't lost his capabilities since his mafia days. 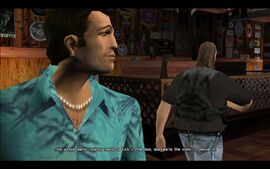 Mitch says that the whole country needs to be woken up and that their motorcycle club will be the ones to wake it up. 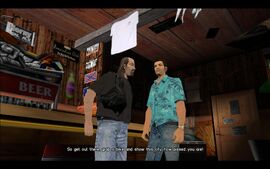 Mitch tells Tommy to get out of the bar and spread havoc across the city. 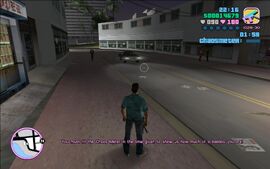 After going outside, Tommy must do as he was told; spread havoc across Vice City. 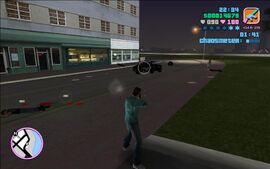 Tommy causing chaos in the city. 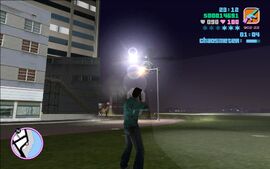 Tommy shooting down a VCPD Maverick to send enough shockwaves through Vice City. 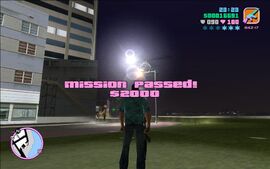 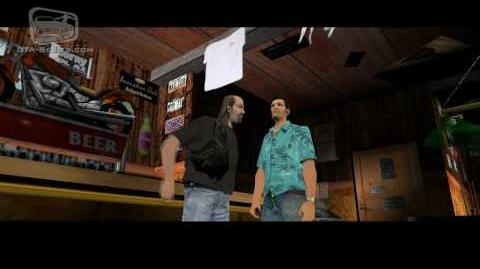 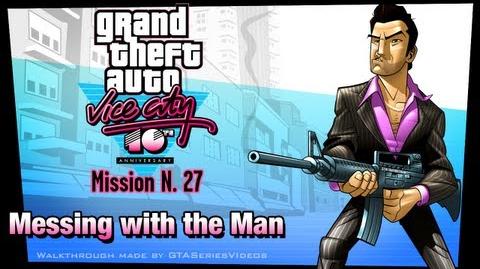