Little is known of the GTA Vice City Stories rendition of MeTV, except that a news branch of the network, known as MeTV News is primarily featured on the official website of GTA Vice City Stories as a faux news channel reporting on events, features, and characters in the games. MeTV News is hosted by Jenny Mitchell, with Phil Herrick as a reporter.

In Grand Theft Auto IV, MeTV's prominence is elevated slightly, with MeTV's Liberty City office visible at Star Junction, Algonquin and referred to as the MeTV Building . The player can also download the MeTV theme for their phone from Vipluxuryringtones.com; and on Integrity 2.0, Lazlow talks about a show "on MeTV where washed-up comedians make snarky comments", based on VH1's I Love The '80s. A Maverick spawns occasionally on the building's top. An Annihilator replaces it after killing all 200 pigeons.

The network is a parody of the television stations MTV and E!, while the logo and name bear some similarities to YouTube, a video sharing website. There is also an actual American television channel called MeTV.

The base of the Star Junction MeTV building in Grand Theft Auto IV. 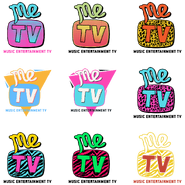 Retrieved from "https://gta.fandom.com/wiki/MeTV?oldid=1246416"
Community content is available under CC-BY-SA unless otherwise noted.